Psychedelics are a class of drugs that cause individuals to have hallucinatory experiences for hours at a time. This article will explain what psychedelics are, why people take them, and why they are stigmatized.

History of Psychedelic Use

They are often associated with the counterculture of the 1970s, harkening back to days of artists and musicians taking these drugs for creative inspiration.

The public's split perception of psychedelic use was swayed by the "war on drugs." This phrase refers to President Nixon's intense laws and measures to penalize those who sold and used drugs throughout his time in office. This was done through various tactics, including increasing the size of federal drug control agencies and instating mandatory sentencing. An aide to President Nixon admitted that the war on drugs was the administration's attempt to dismantle the power of Black communities and those who opposed the war. This was done by associating drug use with each of these communities as an excuse to penalize and ultimately halt the advances of these individuals.

These tactics only escalated during the 1980s when Ronald Reagan was elected to office. Building upon parental fears of teen marijuana use, the Reagan administration became even more stringent on sentencing for nonviolent drug offenses. A zero-tolerance stance was taken for all drug offenses, and media portrayals of Black folks often depicted them as users of crack cocaine. This period of time was devastating, leading to families and communities being shattered by the policing policies employed.

This following statistic alone speaks to the gravity of the war on drugs: 50,000 people were incarcerated for nonviolent drug offenses. By 1997, over 400,000 were in prison for the same type of offense.

Psychedelics are hallucinogenic drugs that generally cause individuals to have experiences leading them to dissociate, to some degree, from reality.

Not for the faint of heart, these substances have intense effects that can be positive or uplifting but can sometimes lead to negative experiences, often referred to as a “bad trip.”

Why Do People Take Psychedelic Drugs?

There are various reasons why someone may choose to take psychedelic drugs.

Some are interested in taking it for recreational reasons, like dissociating from reality or boosting their creativity. However, the desire to dissociate from reality may be associated with mental health struggles since it isn’t uncommon for emotionally struggling people to turn to substances to relieve pain.

However, psychedelic-assisted psychotherapy is another reason someone may be interested in taking psychedelics. This is a form of psychotherapy that has been clinically proven to decrease symptoms of obsessive-compulsive disorder, post-traumatic stress disorder, and substance abuse disorders. It even can be supportive in decreasing negative mental health symptoms amongst terminally ill individuals.

Taking psychedelics in a therapeutic setting is quite different from taking them recreationally. When participating in psychedelic-assisted psychotherapy, drugs are administered in a controlled environment. This means that a very particular dosage of the substance is given to a patient situated in a calm and soothing setting.

A trained mental health professional is present for the duration of the treatment. As the client relaxes and notices the impacts of the substances, they are invited to speak freely anytime with the therapist, beginning to engage in talk therapy as they feel ready.

Why Are Psychedelics Stigmatized?

Currently criminalized by the U.S. government, these drugs are highly stigmatized. As a result, many may opt to conceal their use of psychedelics to avoid social judgment. While these drugs are currently under consideration for their therapeutic benefits, misinformation and stigma persist.

Some of the stigma associated with psychedelics is due to the risks involved with ingesting them. Even with their therapeutic benefits, some mental health professionals are weary of the effects.

People Are Concerned About Potential Risks

For example, a 2021 study on attitudes and beliefs about the therapeutic use of psychedelic drugs among psychologists found that while psychologists are typically supportive of this treatment, they are concerned about potential cognitive risks.

Many of the risks of taking these drugs are associated with recreational use. For example, when using psychedelics regularly for non-therapeutic purposes, there is a risk of hallucinogen-persisting perception disorder (HPDD). Those who suffer from this disorder are essentially experiencing the effects of their psychedelic trip over a prolonged period of time, sometimes even permanently.

In fact, stereotypical depictions of those who misuse psychedelic drugs can often allude to this condition.

People Fear What Happens While Under the Influence of Psychedelics

Another risk is the threat of causing harm to self or others while under the influence of these drugs. However, when taken for therapeutic purposes, psychedelics have minimal risk. This is because they are taken in a controlled environment under close supervision, ensuring that any adverse reaction that could come up is treated immediately under professional care.

Why Are Psychedelics More Stigmatized Than Alcohol?

Despite evidence that suggests psychedelics have healing properties, it is much more stigmatized than alcohol use. This is even odder when considering the low risks associated with psychedelics. For example, there is a lower rate of mental health disorders and suicide among those who have used LSD. In contrast, alcohol has a wide range of dangers.

In 2019, 28% of all driving fatalities in the United States were due to driving under the influence of alcohol. Additionally, alcohol is the third preventable cause of death in the U.S.

The only circumstance where using psychedelics is legal is within the constraints of a clinical trial. Any recreational use of a psychedelic substance could lead to prison time.

Meanwhile, alcohol use is associated with recreation and even celebration. It is a completely legal substance to ingest after the age of 21, and there are plenty of public arenas centered around alcohol use.

If one were to take psychedelics outside of a clinical trial, they would likely do so in a private environment to avoid judgment and legal repercussions, representing the difference in public opinion regarding these substances.

There are many ways to approach your healing journey, including using psychedelics. Even though there may be a skewed public perception of its effects, there is mounting clinical evidence that psychedelics can sometimes provide immense psychological relief when used in a carefully-controlled therapeutic protocol. 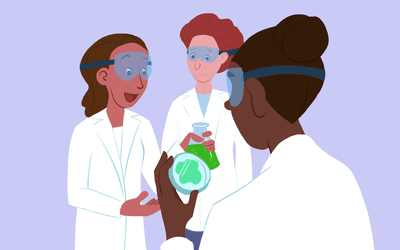