Self-control is the ability to regulate and alter your responses to avoid undesirable behaviors, increase desirable ones, and achieve long-term goals. Research has shown that possessing self-control can be important for health and well-being.

People use various terms for self-control, including discipline, determination, grit, willpower, and fortitude. Some researchers believe that self-control is partly determined by genetics, but it is also a skill you can strengthen with practice.

Self-control is one aspect of executive function, a set of abilities that helps people to plan, monitor, and achieve their goals. People with attention-deficit attention disorder (ADHD) often have characteristics linked to problems with executive function.

This article discusses how self-control is defined, why it is important, and some of the health benefits of having self-control. It also covers how to improve yourself and your ability to manage your behavior and resist temptation.

There are three primary types of self-control:

A self-controlled person exhibits a great deal of willpower and personal control. They don't act impulsively and can regulate their emotions and actions effectively.

How important is self-control in your day-to-day life? A Stress in America survey conducted by the American Psychological Association (APA) found that 27% of respondents identified a lack of willpower as the primary factor keeping them from reaching their goals. The majority of people surveyed (71%) believed that self-control can be both learned and strengthened.

Researchers have found that people who have better self-control tend to be healthier and happier, both in the short term and in the long term.

In one influential experiment, students who exhibited greater self-discipline had better grades, higher test scores, and were more likely to be admitted to a competitive academic program. The study also found that when it came to academic success, self-control was a more important factor than IQ scores.

The benefits of self-control are not limited to academic performance. One long-term health study found that high levels of self-control during childhood predicted greater cardiovascular, respiratory, and dental health in adulthood, as well as improved financial status.

Setting goals to exercise regularly, eat a balanced diet, be more productive, give up bad habits, and save money are just a few actions requiring self-control. More examples of self-control include:

The ability to delay gratification, or to wait to get what you want, is an important part of self-control. People are often able to control their behavior by delaying the gratification of their urges.

For instance, someone who wants to attend an expensive concert might avoid spending their money on weekend shopping trips. They want to have fun, but they know that by waiting and saving their money, they can afford the exhilarating concert instead of the everyday mall trip.

Delaying gratification involves putting off short-term desires in favor of long-term rewards. Researchers have found that the ability to delay gratification is important not only for attaining goals but also for well-being and overall success in life.

The psychologist Walter Mischel conducted a series of well-known experiments during the 1960s and 1970s that investigated the importance of delayed gratification. In these experiments, children were offered a choice: They could choose to eat one treat right away (usually a cookie or a marshmallow), or they could wait a brief period of time in order to get two treats.

At this point, the researcher would leave the child alone in a room with a single treat. Not surprisingly, many of the kids chose to eat the single treat the moment the experimenters left the room. However, some of the kids were able to wait for the second treat.

Researchers found that children who were able to delay gratification in order to receive a greater reward were also more likely to have better academic performance than the kids who gave in to temptation immediately.

Based on his research, Mischel proposed what he referred to as a "hot-and-cool" system to explain the ability to delay gratification. The hot system refers to the part of our willpower that is emotional and impulsive and urges us to act upon our desires. When this system takes over, we may give in to our momentary desires and act rashly without considering the potential long-term effects.

The cool system is the part of our willpower that is rational and thoughtful and enables us to consider the consequences of our actions in order to resist our impulses. The cool system helps us look for ways to distract us from our urges and find more appropriate ways to deal with our desires.

Psychologists refer to this tendency as ego depletion. This happens when people use up their reservoir of willpower on one task, making them unable to muster any self-control to complete the next task.

Self-control is also important for maintaining healthy behaviors. What you eat for breakfast, how often you work out, and whether you have a consistent sleep schedule are all decisions that can be affected by your levels of self-control.

Researchers have found that self-control can have a number of potential influences on health and well-being. One longitudinal study found that adults who had greater self-control in childhood were less likely to have:

While it is clear that self-control is critical for maintaining healthy behaviors, some experts believe that overemphasizing the importance of willpower can be damaging.

The belief that self-control alone can help us reach our goals can lead people to blame themselves when their health is influenced by factors beyond their control. It may also lead to feelings of learned helplessness. If people feel that they cannot do anything to change a situation, they may give up quickly or simply stop trying in the face of obstacles.

According to psychologist and researcher Roy Baumeister, lack of willpower is not the only factor that affects goal attainment. If you are working toward a goal, three critical components must be present:

Willpower alone doesn't determine whether or not you will reach a goal. A range of other factors, including your motivation and ability to monitor your progress, also play a critical role.

Hosted by Editor-in-Chief and therapist Amy Morin, LCSW, this episode of The Verywell Mind Podcast shares strategies to motivate yourself to get healthy, featuring fitness trainer Jillian Michaels.

How to Improve Self-Control

While research suggests self-control has its limitations, psychologists have also found that it can be strengthened with certain strategies.﻿﻿

Whether it's the desire to eat, drink, spend, or indulge in some other undesired behavior, one way to avoid temptation is to find a healthy distraction.

Go for a walk, call a friend, throw in a load of laundry, or do whatever it takes to get your mind off whatever is tempting you at the moment.

Consider possible situations that might break your resolve. If you are faced with temptation, what actions will you take to avoid giving in? Research has found that planning ahead can improve willpower even in situations where people have experienced the effects of ego depletion.

For example, if you are trying to reduce your sugar intake and you have a hard time controlling late afternoon hunger pangs, eat a well-balanced lunch packed with plenty of fiber, protein, and whole grains that will keep you full longer.

Focus on One Goal at a Time

Setting a lot of goals at once (such as making a list of several New Year's resolutions) is usually an ineffective approach. Depleting your willpower in one area can reduce self-control in other areas. It is best to choose one specific goal and focus your energy on it.

Once you turn the behaviors needed to reach a goal into habits, you will not need to devote as much effort toward maintaining them. You can then use your resources to work on other goals.

Remind Yourself of the Consequences

You can improve your own self-control with effort and practice. Avoiding temptations, making a plan, focusing on specific goals, and remembering the consequences of your actions can help you regulate your behavior more effectively.

Self-control refers to your ability to manage your behavior in order to achieve goals, improve positive outcomes, and avoid negative consequences. Self-control is an important skill that allows us to regulate behavior, and it is vital for attaining goals While self-control is a limited resource, there are things that you can do to improve and strengthen your willpower over time.

Having good self-control can mean a number of benefits, including better academic success, better health, and greater success in life. If you are struggling with self-control, there are steps you can take to get better at managing your impulses, delaying gratification, and regulating your actions in order to achieve your goals.

The Psychology Behind Motivation
13 Sources
Verywell Mind uses only high-quality sources, including peer-reviewed studies, to support the facts within our articles. Read our editorial process to learn more about how we fact-check and keep our content accurate, reliable, and trustworthy.
Additional Reading 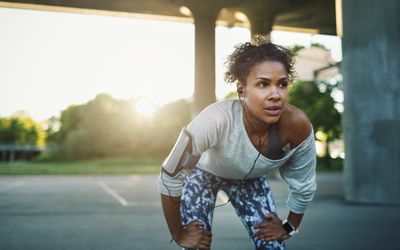 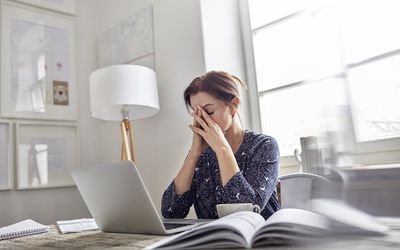 What Is Ego Depletion?
Delayed Gratification and Impulse Control 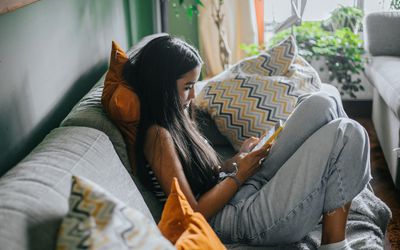 How to Be More Mature 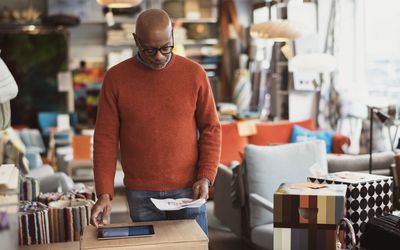 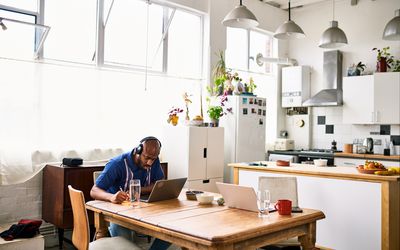 IQ vs. EQ: How Are They Different?
What Is the Fear of Success?