Rapid cycling is a form of bipolar disorder characterized by frequent mood swings. It is diagnosed when a person with bipolar disorder experiences four or more mood episodes within a twelve-month period. An episode may consist of depression, mania, or hypomania. To be formally diagnosed, these episodes need to be demarcated by either a period of remission or switch to the opposite polarity.

Some people with bipolar disorder will alternate between manic and depressive episodes once or twice a year. Others may only experience this once every few years. However, a small subset of people will have rapid cycling, in which the mood swings come fast and frequently.

Rapid cycling is considered one of the more severe form of bipolar disorder. The condition can seriously impair ability to function as well as quality of life.

In rapid-cycling bipolar disorder, mood swings may be random and unpredictable. There is usually no set pattern as to when an episode might occur and what form it may take. In some cases, the episodes may cycle every few months; in others, the cycling may occur monthly or weekly.

Rapid cycling is not a diagnosis, but a description or specifier of the course of the illness. Similarly, the symptoms of rapid cycling are no different than any other form of bipolar disorder. Only the speed by which they alternate is different.

We don't know why rapid cycling occurs and whether it will be an ongoing pattern or one that will eventually resolve. Rapid cycling may, in some cases, be a precursor to more severe manifestations of the disease, including psychosis.

Some estimates are that between 5% to 10% of people with bipolar disorder will meet the diagnostic criteria for rapid cycling. While scientists have yet to pinpoint the cause of the condition, they have identified a number of common risk factors.

Some studies have also suggested that the long-term use of antidepressants may contribute. This may explain, in part, why people diagnosed in their teens are at greater risk, given that they are more likely to be exposed to antidepressants for many years. Other research suggests that low thyroid function play a part, given that rapid cyclers are far more likely to be diagnosed with hypothyroidism.

Impact on Quality of Life

Rapid-cycling bipolar disorder not only places individuals at greater risk of alcohol and substance abuse, but it also increases the likelihood of suicide and self-harm. A 2009 study from the University of Barcelona concluded that, as an independent risk factor, rapid cycling was associated with a nearly two-fold increase in the number of suicide attempts compared to non-rapid cyclers.﻿﻿

Rapid cycling will almost certainly undermine quality of life. Most affected will be unable to maintain or commit to a set schedule, given the high variability of their mood state. Their job performance will typically suffer, and they may end up being hard to rely on, professionally or personally. Unless there are some means to curtail the mood swings, a rapid cycler will usually find it difficult to get or keep a job.

Antidepressants such as Paxil (paroxetine), Prozac (fluoxetine), and Zoloft (sertraline) have proven ineffective in breaking the cycle. These drugs may actually increase the speed at which cycles occur.

Mood stabilizers have proven far more effective, particularly if they are used in combination with an antipsychotic to manage symptoms of mania/hypomania. Lithium is a first-line treatment. Depakote (valproate), Lamictal (lamotrigine), or Tegretol (carbamazepine) are other options. Mood stabilizers may be prescribed indefinitely to prevent future episodes.

To support therapy, atypical antipsychotics such as Seroquel (quetiapine) or Zyprexa (olanzapine) may be used. If antidepressants have been used, they would be stopped as soon as the depressive episode is resolved.

If you are being treated for rapid-cycling bipolar disorder, it is important to be patient and take it one step at a time. Finding the right combination of drugs can be a process of trial and error, and it may take several attempts before your doctor finds the combination that's right for you.

Moreover, once treatment is started, it may take some time before you begin to feel the full benefits of therapy. To this end, it is important to seek support, attend support groups, and to continue working with a therapist until you are able to gain better control over your mood swings. 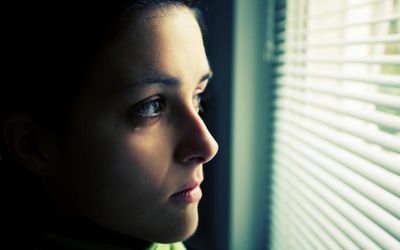 How Often Do People With Bipolar Disorder Cycle?