Piaget's theory suggests that children progress through a series of four different stages of cognitive development. These stages encompass numerous aspects of mental development including that of reasoning, language, morals, and memory. Piaget believed that kids take an active role in this cognitive development, building knowledge as they interact with the world.

The sensorimotor stage is the earliest in Piaget's theory of cognitive development. He described this period as a time of tremendous growth and change.

During this initial phase of development, children utilize skills and abilities they were born with (such as looking, sucking, grasping, and listening) to learn more about the environment. In other words, they experience the world and gain knowledge through their senses and motor movements. Through trial-and-error, children discover more about the world around them.

Piaget chose to call this stage the 'sensorimotor' stage because it is through the senses and motor abilities that infants gain a basic understanding of the world around them. The abilities that an infant is born with—sight, hearing, smell, taste, and touch—combined with physical capabilities that continue to develop—including touching, grasping, and tasting—allow infants to interact and build awareness of themselves and what is around them.

As children interact with their environments, they go through an astonishing amount of cognitive growth in a relatively short period of time—the sensorimotor stage lasts from birth to approximately age 2.

As any parent or caregiver can attest, a great deal of learning and development happens during the first two years of a child's life. The sensorimotor stage can be divided into six separate sub-stages that are characterized by the development of a new skill:﻿﻿

During this substage, the child understands the environment purely through inborn reflexes such as sucking and looking.

This substage involves coordinating sensation and new schemas. For example, a child may suck his or her thumb by accident and then later intentionally repeat the action. These actions are repeated because the infant finds them pleasurable.

During this substage, the child becomes more focused on the world and begins to intentionally repeat an action in order to trigger a response in the environment. For example, a child will purposefully pick up a toy in order to put it in his or her mouth.

During this substage, the child starts to show clearly intentional actions. The child may also combine schemas in order to achieve a desired effect. Children begin exploring the environment around them and will often imitate the observed behavior of others. The understanding of objects also begins during this time and children begin to recognize certain objects as having specific qualities. For example, a child might realize that a rattle will make a sound when shaken.

Children begin a period of trial-and-error experimentation during the fifth substage. For example, a child may try out different sounds or actions as a way of getting attention from a caregiver.

﻿Children begin to develop symbols to represent events or objects in the world in the final sensorimotor substage. During this time, children begin to move towards understanding the world through mental operations rather than purely through actions.

According to Piaget, developing object permanence is one of the most important accomplishments at the sensorimotor stage of development.

Object permanence is a child's understanding that objects continue to exist even though they cannot be seen or heard.﻿﻿

Imagine a game of peek-a-boo, for example. A very young infant will believe that the other person or object has actually vanished and will act shocked or startled when the object reappears. Older infants who understand object permanence will realize that the person or object continues to exist even when unseen.

This is a classic example of how, during this stage, an infant's knowledge of the world is limited to his or her sensory perceptions and motor activities and how behaviors are limited to simple motor responses caused by sensory stimuli.

The sensorimotor stage serves as an important base in development and gives children the abilities they need as they progress into the next stage of development. As children enter the next stage starting at around age two, they begin developing symbolic thought allowing them to improve language, imagination, and memory skills.

What Happens In the Preoperational Stage?
1 Source
Verywell Mind uses only high-quality sources, including peer-reviewed studies, to support the facts within our articles. Read our editorial process to learn more about how we fact-check and keep our content accurate, reliable, and trustworthy.
Additional Reading 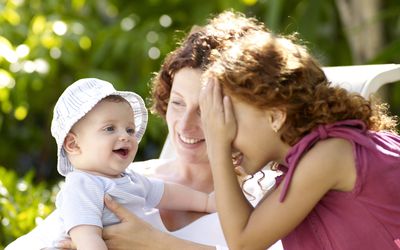 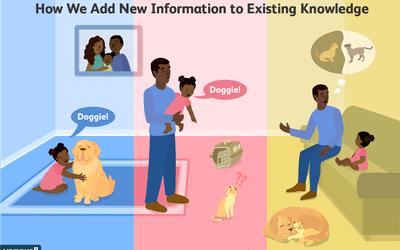 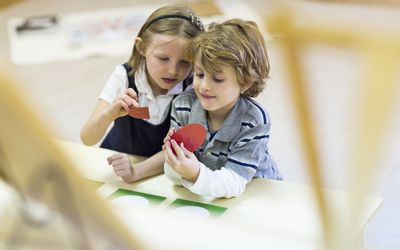 Adaptation in Piaget's Theory of Development