In addition to his own psychoanalytic practice, Sigmund Freud was also a prolific writer. Works such as "The Interpretation of Dreams" (1900) and "The Psychopathology of Everyday Life" (1901) helped establish Freud's psychoanalytic theories and made him a dominating force in psychology during the early 20th century. Over 100 years later, his research and findings continue to influence our studies on the human mind. Below are just a few quotes from Freud's writings.

"No one who, like me, conjures up the most evil of those half-tamed demons that inhabit the human breast, and seeks to wrestle with them, can expect to come through the struggle unscathed." –From Dora: An Analysis of a Case of Hysteria, 1905

"The ego is not master in its own house." –From A Difficulty in the Path of Psycho-Analysis, 1917

"Devout believers are safeguarded in a high degree against the risk of certain neurotic illnesses; their acceptance of the universal neurosis spares them the task of constructing a personal one." –From The Future of an Illusion, 1927

"Our knowledge of the historical worth of certain religious doctrines increases our respect for them but does not invalidate our proposal that they should cease to be put forward as the reasons for the precepts of civilization. On the contrary! Those historical residues have helped us to view religious teachings, as it were, as neurotic relics, and we may now argue that the time has probably come, as it does in an analytic treatment, for replacing the effects of repression by the results of the rational operation of the intellect." –From The Future of an Illusion, 1927

"One feels inclined to say that the intention that man should be 'happy' is not included in the plan of 'Creation.' " –From Civilization and Its Discontents, 1930

"Religion is an illusion and it derives its strength from the fact that it falls in with our instinctual desires." –From New Introductory Lectures on Psycho-Analysis, 1933

"Where id was, there ego shall be." –From New Introductory Lectures on Psycho-Analysis, 1933

"One might compare the relation of the ego to the id with that between a rider and his horse. The horse provides the locomotor energy, and the rider has the prerogative of determining the goal and of guiding the movements of his powerful mount towards it. But all too often in the relations between the ego and the id we find a picture of the less ideal situation in which the rider is obliged to guide his horse in the direction in which it itself wants to go." –From New Introductory Lectures on Psycho-Analysis, 1933

"The poor ego has a still harder time of it; it has to serve three harsh masters, and it has to do its best to reconcile the claims and demands of all three...The three tyrants are the external world, the superego, and the id." –From New Introductory Lectures on Psycho-Analysis, 1933

"Thinking is an experimental dealing with small quantities of energy, just as a general moves miniature figures over a map before setting his troops in action." –From New Introductory Lectures on Psycho-Analysis, 1933 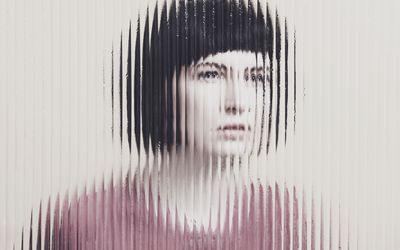 Ego as the Rational Part of Personality