In the abbreviations SSRI and SNRI, the "RI" stands for "reuptake inhibitor." Reuptake inhibitors are a type of drug used to treat depression, anxiety, and other psychiatric conditions. They work by increasing the concentration of certain brain chemicals, known as neurotransmitters, to alter mood.

There many types of reuptake inhibitors, including:

While the drugs all have similar mechanisms of action, they differ in which neurotransmitters they target. To understand how reuptake inhibitors work, you need to get a better sense of what neurotransmitters actually do.

A neurotransmitter is a chemical messenger that carries, boosts, and balances signals between nerve cells (neurons) and target cells throughout the body. Billions of neurotransmitter molecules work to keep our brains functioning, managing everything from our breathing to a variety of psychological functions such as fear, mood, pleasure, and joy.

For the purpose of treating mood disorders, three specific neurotransmitters are targeted, each of which is associated with mood elevation:

What Reuptake Inhibitors Do

Reuptake means reabsorption. It is a normal mechanism by which the body controls how long a nerve signal lasts. However, if you have significantly low levels of a neurotransmitter, reuptake can be a problem as it restricts the amount of neurotransmitters being actively circulated in the brain.

The reuptake inhibitors used to treat mood disorders are classified by the types of neurotransmitter pathway they block.

The drugs are able to do this by binding one or several different proteins, called transporters, which are responsible for carrying the chemical between cells. Some of these reuptake inhibitors are classified as selective because they only bind to certain proteins, while others are nonspecific because they bind to a broad range of proteins.

The choice of reuptake inhibitor depends largely on the condition being treated and the mechanism of action of the drug.

SSRIs work by blocking the serotonin transporter in neurons, which results in higher levels and greater activity of the feel-good chemical. They are typically used to treat major depressive disorder (MDD) and anxiety disorders.

While SSRIs are sometimes used to treat bipolar depression, there is some controversy as to how effective they are given their potential to exacerbate the rapid cycling of moods.

SSRI medications approved for use in the U.S. include:

There is also a two-in-one drug called ​Symbyax which combines Prozac with the antipsychotic Zyprexa (fluoxetine + olanzapine). Symbyax is specially approved for use in treating bipolar depression.

When compared to SSRIs, SNRIs are less likely to exacerbate rapid mood cycling in people with bipolar depression. However, they are commonly used for short-term therapy, as prolonged use may trigger a manic or hypomanic episode.

SNRI medications approved for use in the U.S. include:

NRIs work by blocking the action of the norepinephrine transporter. These are commonly used to treat MDD, anxiety, panic disorder, narcolepsy, and ADHD.

NRI medications approved for use in the U.S. include:

NDRIs block the action of both the norepinephrine transporter and the dopamine transporter. NDRIs are used for clinical depression, ADHD, and narcolepsy.

NDRI medications approved for use in the U.S. include:

SNDRIs, also known as triple reuptake inhibitors, block the action of the serotonin transporter, norepinephrine transporter, and dopamine transporter. SNDRIs were developed to treat depression but can also be used to treat ADHD, chronic pain, and binge-eating disorder associated with obesity.

SNDRI medications approved for use in the U.S. include:

Differences Between Depression, Bipolarism, and PBA

﻿A Word From Verywell

While all these acronyms can be confusing, the good news is that there are many treatment options available for anxiety, depression, and other mood disorders. Work with your doctor to find a reuptake inhibitor that works best for you. 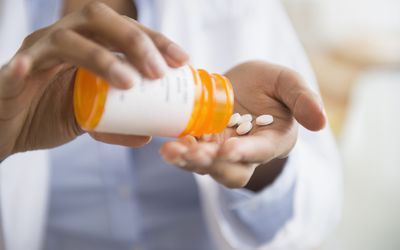 What Is an NDRI? 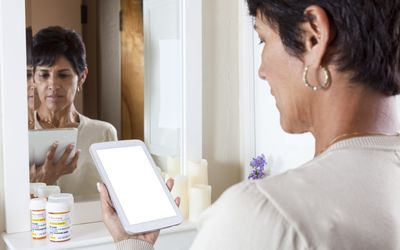