With normalized sayings like men are from Mars, women are from Venus, we're led to believe there are inherent psychological differences between the sexes. We accept notions like boys will be boys and that women are automatically more nurturing, but a recent meta-synthesis of three decades worth of research, published in Neuroscience and Biobehavioral Reviews entitled "Dump the Dimorphism," found surprisingly minimal biological variance between the male and female brains.

Dimorphism is defined as when, "...the two sexes of a species differ in external appearance. Although some sexual dimorphism is the result of natural selection, most is thought to have evolved through sexual selection." This idea is longstanding, resulting in a seemingly clinical understanding that what is considered "male" and "female" are inherently different.

The work within this recent study showcases ways in which that is not the case. More broadly, these findings contribute to the growing societal conversation about the gender binary and further presses us to consider why we're so used to thinking men and women are so different.

What Did the Analysis Show?

This study ultimately disproves the assumption that there are marked differences between the size and structure of brains solely connected to a person's assigned sex at birth.

Data from previous studies has shown some variances between the male and female based on structural and functional MRIs, serving as an explanation for why there are different rates of conditions such as ADHD, anxiety, eating disorders, and depression among “male” and “female” brains.

Studies, for example, have shown that male brains tend to be an average of 4% larger, but this has more to do with the average size of male individuals, and is not tied to greater intellect or cognitive ability.

This study follows up on previous research showing there is actually very little difference between men and women when it comes to patterns of behavior, personality, or cognition.

Why Do We Believe Men and Women Have Different Brains?

Thousands of years of human history contribute to how we adhere to certain gender norms, which affects how we interact with each other. Counselor Sabrina Sarro, LCSW says that male and white-dominated society has led to the idea that male brains are "bigger, stronger, more intelligent, and just overall more superior."

It is because of this that we see an effect on how we raise our children of varied genders. Consider the common phrase, “boys will be boys.” This often comes into play after a situation where boy children have caused what may be perceived as trouble for a girl, but is instead shrugged off as expectant behavior.

This easily transfers into adulthood, but in connection with behaviors that may be more harmful, such as aggression or hypersexuality. Sarro says, “This informs how we socialize male and female children." Society tells and shows us how children of a certain gender "should" act or be like, she says.

“We socialize male children to feel like they can be more confident, that they can achieve more, that the world will inherently and automatically affirm and validate them" says Sarro. This in turn can affect how others will then think of themselves in lesser terms, even into adulthood.

The authors of this study call out a prevalent reporting bias, citing it as a reason for the discussion about the lack of difference between “male” and “female” brains. Oftentimes, the hypothesis surrounds the differences, enabling researchers to overlook the blatant similarities.

Additionally, because researchers are often looking for differences in the male/female binary to support their claims—rather than similarities—there is an overabundance of literature that supports the those ideas, skewing the overall results. This type of research bias is known as the file drawer effect.

Why We Need to Change the Narrative

Inclusion of varied genders and sexualities

This data can not only aid in dismantling the idea that there are some individuals better or less suited for certain roles and responsibilities, but also in moving towards a more gender-inclusive space. Because this shows that even per biology, there is less of a need to adhere to the traditional binary or the idea of “dimorphism."

We can collectively move toward a better understanding of gender being fluid, and not solely determined by the body parts you were born with.

Even with data from reports like this, there is still a lot of work left to do for those who fall outside of the binary. “We are sufficiently lacking in holistic data that speaks to the gender variant community. We are cis-sexist in our approach still, Anti-Black in our approach, and still fail to fully and sensitively integrate genders outside the binary," Sarro says.

As Sarro states, there is a predetermined assumption that masculinity is synonymous with strength and intelligence. Data like this can assist in changing that narrative, showing that anyone, regardless of their gender (as assigned at birth) has the capacity to fill any role in society, and present themselves to the world in ways that upend incorrect assumptions.

This data can help in dismantling the idea that male individuals are better primed for certain situations, or that your assigned gender is the deciding factor in your personality or cognitive ability.

We have put a lot of societal pressure on assigned gender roles and what they are intended to look like and mean. In reality, they are a lot more flexible than previously considered. Pushing past a strict adherence to gender binaries is also beneficial for those who fall outside of the binary, as they are often left out of the conversation.

What Does It Mean to Be Genderqueer or Nonbinary?
4 Sources
Verywell Mind uses only high-quality sources, including peer-reviewed studies, to support the facts within our articles. Read our editorial process to learn more about how we fact-check and keep our content accurate, reliable, and trustworthy.
See Our Editorial Process
Meet Our Review Board
Share Feedback
Was this page helpful?
Thanks for your feedback!
What is your feedback?
Speak to a Therapist Online
×
The offers that appear in this table are from partnerships from which Verywell Mind receives compensation.
Related Articles 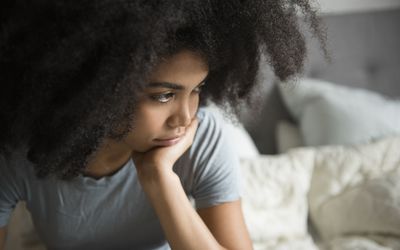