Self-Harm and Suicide in BPD

There are several factors related to BPD that may explain why suicide, self-harm, and suicide attempts are so common.

BPD is associated with very intense negative emotional experiences.﻿﻿ These experiences are so painful that many people with BPD report that they want to find a way to escape. They may use a number of different strategies to try to reduce their emotional pain, such as deliberate self-harm, substance use, and even suicide.

BPD is a chronic condition and usually lasts for years. One of the most unique aspects of BPD is suicidal ideation. People with this condition may consider suicide on a daily basis for months, even years.﻿﻿ This may leave people with BPD feeling that there is no other way out, despite the fact that there are effective treatments available for BPD.

BPD is associated with impulsivity, or a tendency to act quickly without thinking about consequences. Individuals with BPD may engage in suicidal behaviors in a moment of intense emotional pain without fully considering the consequences.

BPD often co-occurs with substance use, and the use of drugs or alcohol is a risk factor for suicide all by itself. When substance use issues are combined with BPD, this may be a particularly lethal combination. Substance use can lead to even greater impulsivity, and people who are using substances have access to a means for overdose.﻿﻿

Brain imaging has shown that compared to healthy people, individuals with BPD tend to have abnormalities involving the brain's structure, metabolism, and function. These abnormalities appear to contribute to BPD symptoms such as impulsivity and aggression, both of which are associated with suicidal behavior.

One study explored the relationship between impulsivity, aggression, and suicidal behavior in the brain structures of people with BPD who had attempted suicide. The participants were put into two groups depending on how lethal their suicide attempts had been. In the group labeled "high lethality," meaning their suicide attempts had been extremely harmful, there was less gray matter in multiple areas of the brain than in the "low lethality" group.﻿﻿

A similar study also showed a significantly reduced amount of gray matter in the brains of individuals with BPD when compared with healthy people. In people with BPD who had attempted suicide, there was less gray matter in eight out of nine areas.﻿﻿

How to Get Help If You're Having Suicidal Thoughts

If you or a loved one is at immediate risk of committing suicide, you need to get help now. Call 911 if you're in the United States or Canada, call the local police, or get yourself to your nearest emergency room.

If you're not at immediate risk of suicide, but you're having thoughts of suicide and need to get support, call a helpline to talk about how you're feeling and to find resources near you. In the United States, you can call the National Suicide Prevention Lifeline. It is open 24 hours a day, 365 days a year, and it's free and confidential.

The emotional pain associated with BPD is very intense, and it can leave you feeling as if you are completely alone and will never feel better. Try to remember that there are people who know how to treat BPD and want to help you. Treatment can make a huge difference in your life.

Help a Loved One With BPD Who Is Suicidal

Sometimes friends or family pick up on signs of suicidality even if their loved one hasn't said anything about suicide. If you think your loved one may be thinking of suicide, but you're not sure, talk to them. Let them know that you're worried about them. Ask them whether your concerns are valid. Offer to help.

This can be hard to do, because sometimes symptoms can make the person with BPD very difficult to deal with. But for the time being, the most important thing is to help your loved one stay safe. Showing care and concern for your loved one's safety and well-being can go a long way. 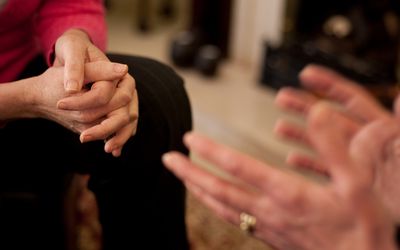 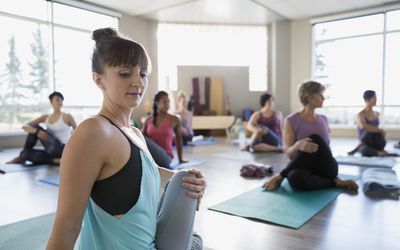