Personality disorders can be confusing since many have similar or even overlapping characteristics. In order to better differentiate one from the next, the fifth edition of the Diagnostic and Statistical Manual of Mental Disorders (DSM-5) grouped the various disorders into three clusters, each of which is characterized by a shared and distinctive personality feature.

According to the National Institute of Mental Health (NIMH), 9.1 percent of Americans over 18 have at least one personality disorder.

Your personality is defined by how you think, behave, and feel. A personality disorder is not simply about thinking, feeling, or behaving differently than would be expected. It is a persistent deviation from cultural expectations that causes distress and makes it difficult to function.﻿﻿

At its heart, a personality disorder characterized by an unhealthy and rigid pattern of behavior that interferes with the ability to perceive or relate to situations or people, enjoy life, maintain meaningful relationships, and do well at school or work.

As with any other number of personality and mood disorders, conditions can overlap and coexist, requiring different approaches to treatment and care.

The DSM-5 defines antisocial personality disorder as a pervasive pattern of disregard for the rights of others that begins in childhood and continues into adulthood.

People with antisocial personality disorder have been described as lacking empathy (the ability to put yourself in someone else’s shoes in order to understand their feelings). They often act irresponsibly, lie, steal, or repeatedly break the law. Antisocial personality disorder is characterized by impulsive behavior, aggression, recklessness, a disregard for the safety of yourself or others, and a lack of remorse for any harms done.﻿﻿

People with BPD tend to have unstable and intense relationships and are prone to frequent arguments and breakups. They are characteristically afraid of being abandoned and will have a strongly negative image of themselves. People with BPD will often say that they feel as if they're on an emotional roller coaster, shifting from elation to depression within a matter of minutes.﻿﻿

Another hallmark of BPD is a tendency to engage in risky behaviors, such as going on shopping sprees, abusing alcohol or drugs, engaging in promiscuous sex, binge eating, or self-harm (such as cutting yourself or attempting suicide).

The key features of narcissistic personality disorder, according to the DSM-5, include an inflated sense of self-importance, lack of empathy and attention-seeking behavior.﻿﻿ People with this disorder often believe themselves to be exceptional and entitled to special treatment. They will demand excessive attention, take advantage of others, and have an inability to either perceive or demonstrate empathy.

People with a narcissistic personality disorder will also exaggerate their achievements and fantasize about being powerful, attractive, and successful. While they will have no interest in others' feelings and needs, they will often have unreasonable expectations of what others should do for them. Jealousy of others is common, as is the belief that they are actively envied by others.

The most telling characteristic of histrionic personality disorder is a rapid shift between dramatic expressions of emotion and excessive attention-seeking behavior.﻿﻿ People with this disorder don't like it when someone else is getting more attention and will engage in dramatic, seductive, or sexually provocative behavior and/or use physical appearance to regain the limelight.

People with a histrionic personality disorder may believe that personal relationships are stronger than they really are, use dramatic statements to express opinions, and be easily influenced by others. They also tend to overly concerned about their physical appearance.

Your personality—the way you think, feel, and behave—largely forms during childhood. Your temperament, environment, and personal experiences all work together to shape your personality.

The exact causes of personality disorders remain unclear but are believed to be genetically influenced, suggesting that our temperament may be inherited to some degree. According to research from the University of Louisville School of Medicine, certain brain abnormalities are common in people with Cluster B personality disorders, suggesting that they may be inherently predisposed to mental health disorders from birth.﻿﻿

Childhood trauma, abuse, chaos, instability, or a family history of personality disorders are also seen to be contributing factors,

The Relationship Between Child Abuse and BPD

Treatment can go a long way to helping you attain a better quality of life. The two most common treatments are psychotherapy and medication. If your situation requires it, you may need to be hospitalized or referred to a residential treatment program.

Usually, the best treatment for personality disorders is psychotherapy, also known as talk therapy or counseling. You may learn some life skills that help you cope with your emotions while also learning how to respond appropriately and manage your relationships.

The most commonly used psychotherapies for personality disorders are:

Though there aren't any medications approved by the Food and Drug Administration to treat personality disorders, co-existing symptoms of depression, anxiety, or bipolar disorder are typically treated with: 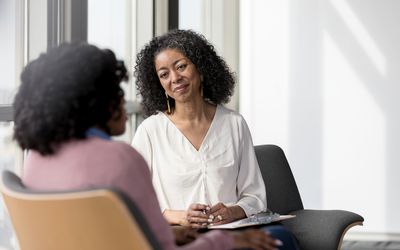 What Are Personality Disorders in the DSM-5? 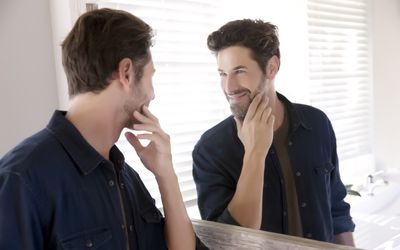