Although the current DSM-5 no longer separates personality disorders along a separate "axis," narcissistic personality disorder (NPD) is still recognized as an important condition. It is characterized by symptoms that include grandiosity, an exaggerated sense of self-importance, and a lack of empathy for others.

An estimated 1% to 6% of adults are thought to have NPD, although many romantic partners, parents, children, family members, co-workers, and friends are thought to be directly affected by this disorder as well.﻿﻿

While the concept of narcissism dates back thousands of years, narcissistic personality disorder only became a recognized illness within the last 50 years. In order to better understand how psychologists and researchers view NPD, it is essential to take a closer look at how this personality disorder came to be.

Freud and Psychoanalytic View of Narcissism

Narcissistic personality disorder has its earliest roots in ancient Greek mythology. According to the myth, Narcissus was a handsome and proud young man. Upon seeing his reflection on the water for the first time, he became so enamored that he could not stop gazing at his own image. He remained at the water's edge until he eventually wasted to death.

The concept of excessive self-admiration has also been explored by various philosophers and thinkers throughout history. In the past, the idea was known as hubris, a state of extreme arrogance and haughtiness that often involves being out of touch with reality.

It wasn't until fairly recently that the notion of narcissism as a disorder became a subject of scientific interest in the field of psychology.

During the early 1900s, the topic of narcissism started to attract interest in the growing school of thought known as psychoanalysis. Austrian psychoanalyst Otto Rank published one of the earliest descriptions of narcissism in 1911, in which he connected it to self-admiration and vanity.

In 1914, the famous Sigmund Freud published a paper titled, On Narcissism: An Introduction. Freud proposed a rather complicated set of ideas in which he suggested that narcissism is connected to whether one's libido (energy that lies behind each person's survival instincts) is directed inward toward one's self, or outward toward others. He felt that infants directed all of the libido inward, a state he referred to as primary narcissism.

In Freud's model, there was a fixed amount of this energy, and to the degree this libido was directed outward toward attachment to others, it would diminish the amount available to one's self. By "giving away" this love, Freud suggested that people experienced diminished primary narcissism, and in order to replenish this capacity, he believed that receiving love and affection in the world in return was vital to maintaining a sense of satisfaction.

In addition, in Freud's theory of personality, a person's sense of himself develops as a child interacts with the outside world and begins to learn social norms and cultural expectations leading to the development of an ego ideal, or a perfect image of oneself that the ego strives to attain.

Another important part of Freud's theory is the idea that this love of one's self could be transferred to another person or object. By giving away love, Freud suggested that people experienced diminished primary narcissism, leaving them less able to nurture, protect, and defend themselves. In order to replenish this capacity, he believed that receiving love and affection in return was vital.

The Recognition of Narcissism as a Disorder

During the 1950s and 1960s, psychoanalysts Otto Kernberg and Heinz Kohut helped spark more interest in narcissism. In 1967, Kernberg described "narcissistic personality structure." He developed a theory of narcissism that suggested three major types: normal adult narcissism, normal infantile narcissism, and pathological narcissism that can be of different types.

In 1968, Kohut came to a different understanding of "narcissistic personality disorder" and went on to take some of Freud's earlier ideas about narcissism and expand upon them.

Narcissism played an important role in Kohut's theory of self-psychology, which suggested that narcissism was a normal and essential aspect of development and that difficulties with early "self-object" relationships could lead to challenges in maintaining an adequate sense of self-esteem later in life, contributing to narcissistic disorders.

What to Know About Narcissistic Personality Disorder
5 Sources
Verywell Mind uses only high-quality sources, including peer-reviewed studies, to support the facts within our articles. Read our editorial process to learn more about how we fact-check and keep our content accurate, reliable, and trustworthy.
Additional Reading 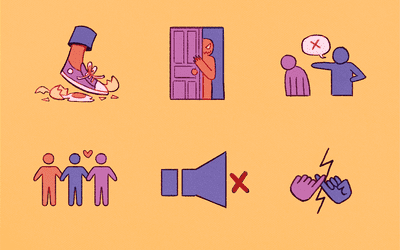