The Importance of ADHD Awareness

Keath Low
Keath Low
Keath Low, MA, is a therapist and clinical scientist with the Carolina Institute for Developmental Disabilities at the University of North Carolina. She specializes in treatment of ADD/ADHD.
Learn about our editorial process
Fact checked
Verywell Mind content is rigorously reviewed by a team of qualified and experienced fact checkers. Fact checkers review articles for factual accuracy, relevance, and timeliness. We rely on the most current and reputable sources, which are cited in the text and listed at the bottom of each article. Content is fact checked after it has been edited and before publication. Learn more.
by
Cara Lustik

Undiagnosed, untreated attention-deficit/hyperactivity disorder (ADHD) can wreak havoc on your life, and it can also impact your loved ones. Each year, we recognize ADHD Awareness Month in October is a time to celebrate the progress made in ADHD education and advocacy, understand the work that still needs to be done, and raise awareness about the importance of early diagnosis and treatment. Without ADHD awareness, many children and adults continue to struggle.

Ruth Hughes, Ph.D., is a clinical psychologist and former Chief Executive Officer and now special advisor of CHADD (Children and Adults with Attention-Deficit/Hyperactivity Disorder), the nation's leading non-profit organization serving individuals with ADHD and their families. She is also the mother of an adult son with ADHD and learning disabilities. Here are her thoughts on ADHD awareness.

Why ADHD Awareness Is so Important

Estimates show there are over 10 million people in the U.S. with ADHD, based upon prevalence studies and the 2010 census data. ADHD is also one of the most common disorders of childhood. Despite this, there is a huge amount of bad and misleading information on the internet and in the media about the condition. In addition, there are people with ADHD who have never been diagnosed but have lives filled with problems directly related to the symptoms.

The most glaring misconception is the belief that ADHD is not real. Attention-deficit/hyperactivity disorder is a well-documented neurological disorder: an individual's brain develops and functions differently with ADHD. There is a deep body of research on ADHD, and every major medical and health organization in the U.S. recognizes the legitimacy of this disorder. Individuals don't choose to have these symptoms, but they do have the responsibility to learn to manage them.

ADHD is an equal opportunity disorder and is not the result of poor parenting—another common myth. You can be an exceptional parent or a terrible parent and still have a child with ADHD. Good parenting will help your child learn to manage the symptoms better, but it won't prevent the occurrence of ADHD. There is a strong genetic link, and most families can identify other family members who exhibited the same symptoms.

Another myth about ADHD is that anyone can be diagnosed with it, based on a list of behaviors that all of us exhibit at one time or another. Not so. When diagnosed properly, having the symptoms is just the first step. In addition, these symptoms must be long-term in nature—at least six months—and persistent every day. The symptoms must also be severe enough to cause significant impairment in functioning in a major area of life, such as school, work, family, or social life. And lastly, other causes of the symptoms must be ruled out. Only when all of this is done, should a diagnosis of ADHD be made.

The Many Faces of ADHD

ADHD is a lifelong disorder for most folks. You may be a child, an adult, or a retired grandparent and still have ADHD. Like many disorders, the symptoms may be expressed differently in different people. For one person, it may be a huge problem with impulsivity and hyperactivity. For another, it may be about the ability to pay attention.

More than two-thirds of people diagnosed with ADHD have other co-occurring disorders as well: depression, learning disabilities, anxiety, and autism spectrum disorders are just a few.

There are many faces of ADHD, but the most important message is that many, many people with ADHD manage their treatment effectively and live full and rewarding lives.

How to Increase ADHD Awareness

Science tells us that the most effective way to deal with any kind of stigma is to know someone with the disorder who is stigmatized. It's easy to say that ADHD is not real or caused by bad parenting when you have no experience with it.

But if family members can learn to be comfortable saying to others "I have ADHD," or "A member of my family has ADHD," that usually stops people in their tracks and opens the door for some real dialogue. Only when we stop hiding will the stigma and misunderstanding truly disappear.

ADHD Awareness Month brings together a number of national groups concerned about ADHD and mental health. The partners include the Attention Deficit Disorder Association (ADDA), the ADHD Coaches Organization (ACO), and Children and Adults with Attention-Deficit/Hyperactivity Disorder (CHADD).

In addition, dozens of other health-related groups and government agencies recognize and celebrate ADHD Awareness Month, sharing information on this disorder. Check out the Awareness Month website and help spread the word. 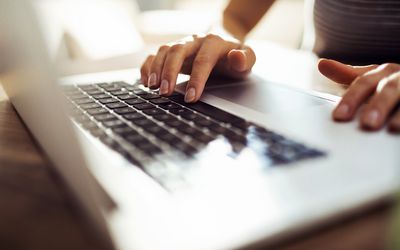 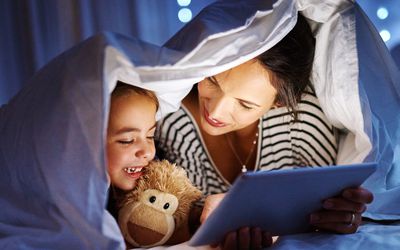 What Are the Top ADHD Resources? 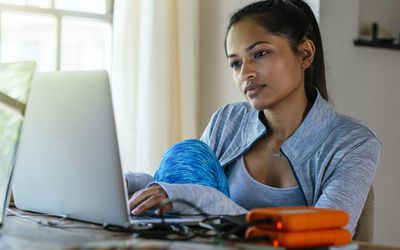