Asian American elders have suffered a disturbing uptick in discrimination, unprovoked physical attacks, and repeated incidents of brutality over the past year. While discrimination reached new heights recently, anti-Asian discrimination has been baked into America’s history long before COVID-19 fueled xenophobia.

The widespread stories of violence against Asian American elders are numerous. Among the heartbreaking incidents include Vicha Ratanapakdee, an 84-year-old immigrant from Thailand, who suffered a fatal attack after being shoved; Vilma Kari, a 65-year-old Filipino woman brutally ambushed on her way to church; and Than Than Htwe, a 58-year-old Burmese woman who passed away from critical injuries from an attempted robbery.

There are many more stories that haven’t been sensationalized across front-page news. Due to rising xenophobia, Asian American elders are being taunted, punched, kicked, shoved, urinated on, verbally harassed, and physically assaulted at record numbers—violence that is often going unheard, unseen, and therefore unacknowledged.

The NYPD reported an 11% increase in hate incidents against Asians over age 65 from 2019 to 2020, with many cases closed without action because they’re considered a violation instead of a crime. This escalating pattern demonstrates a need for public safety policies to protect and take care of our Asian American elders from further mental and physical injury.

A Look at Police Reform and Mental Health Crises—Has Any Progress Been Made?

Asian American Elders and Their Role in the AAPI Community

The hostile attacks against Asian American seniors have been devastating. In Asian American culture, elders occupy a special place in the family system and the overall community. Many came to America for the possibility of a better life only to be confronted with a different set of oppressive and socioeconomic problems.

Asian American elders are seen and celebrated as revered figures, deserving of admiration and respect due to their life experiences and the tremendous sacrifices they have made. For the AAPI community, it’s piercingly painful to see our beloved elders targeted with violence because of their intersecting vulnerability; their age, outsider status, and stereotype as helpless targets less willing to put up a fight.

Since hate crimes are usually undercounted and underreported, racial justice is few and far between. The effects leave a lasting traumatic impact since maintaining a state of hypervigilance dramatically decreases the quality of life for Asian American elders. Along with a fear of physical safety, their mental health can significantly decline, which is further exacerbated by an unwillingness to seek mental healthcare.

To reduce the escalation of violence, Senate approved the first-ever piece of substantive legislation to counteract the rise of race-based hate crimes against Asian Americans. The bill was overwhelmingly passed to improve state and local data collection reporting systems so it would make it easier for law enforcement to investigate and prosecute these incidences.

Although this is a step in the right direction, there’s still a long way to go to support Asian American elders and increase their trust in social systems.

For reasons why some choose not to report, individuals cited a lack of confidence in the justice system, fear of retaliation, concern about unwanted attention to their families, as well as a limited perception of what counts as an attack and subsequently, what events are considered worthy enough to report to the authorities.

Legally, it’s still difficult for prosecutors to pinpoint racism as the underlying reason for the swelling violence. Even when incidents are reported, it’s historically been an uphill battle to officially classify those race-based instances as hate crimes.

It requires the offender to explicitly state race as the motivator behind the attack. This escapes the slippery nuance of cultural discrimination, which often goes unsaid but can be felt by the victim.


The path forward requires multiple solutions to mend harm. First, uplifting mutual aid efforts and grassroots organizations to give them the resources needed to support Asian American elders and fight against racism productively. These public safety initiatives could come in the form of purchasing power for pepper spray, self-defense classes, and chaperone services.

It is integral to promote multiracial solidarity with other ethnic groups to strengthen the community as a whole to work together to cast away the model minority myth that seeks to pit people of color against each other. It is then essential to put pressure on legislators and policymakers to put forward meaningful policies that support the community without encouraging more racial disparity.

Since law enforcement is punitive to Black and Brown communities, it’s crucial to lean on restorative justice models that call for accountability and healing without increased policing rooted in carceral White supremacy that seeks to further criminalize minority communities.

Stop AAPI Hate is the nation's leading coalition documenting and addressing anti-Asian hate and discrimination amid the COVID-19 pandemic.

What’s Come Out of the #StopAsianHate Movement a Year After the Atlanta Shootings
5 Sources
Verywell Mind uses only high-quality sources, including peer-reviewed studies, to support the facts within our articles. Read our editorial process to learn more about how we fact-check and keep our content accurate, reliable, and trustworthy. 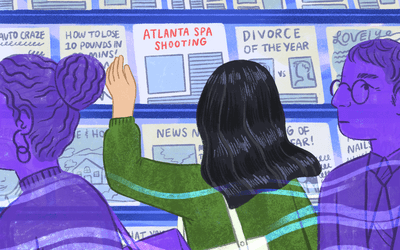 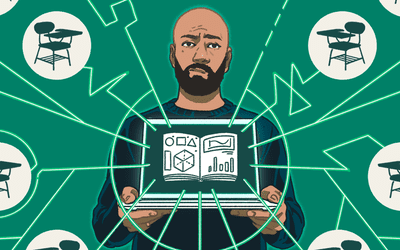