What Is Drug Toxicity?

Toxicity refers to how poisonous or harmful a substance can be. In pharmacology, drug toxicity occurs when a person has accumulated too much of a prescription drug in their bloodstream, leading to negative effects.

Drug toxicity can occur as a result of the over-ingestion of medication, causing too much of the drug to be in a person's system at once. This can happen if the dose taken exceeds the prescribed amount, or if the prescribed dosage is too high.

With certain medications, drug toxicity can also occur as an adverse drug reaction. In this case, the normal therapeutic dose of the drug can cause unintentional, harmful, and unwanted side effects.

In some cases, the threshold between an effective dose and a toxic dose is very narrow. A therapeutic dose for one person might be toxic to another person. Plus, drugs with a longer half-life can build up in a person's bloodstream and increase over time, resulting in drug toxicity.

Additionally, factors such as age, kidney function, and hydration can affect how quickly your body is able to clear a medication from your system. This is why medications such as lithium require frequent blood testing to track the levels in the bloodstream.

Three factors determine the toxicity of a toxin or prescription drug. They are:

How do you know if you or someone you know is experiencing drug toxicity effects? Drug toxicity symptoms can differ depending on the medication you are taking. In the case of lithium, for instance, mild symptoms of acute lithium toxicity (which is drug toxicity after taking the drug one time) can include:

More severe symptoms of acute lithium toxicity may appear in the form of:

Carbamazepine (Tegretol) is a drug often prescribed for epilepsy but also used to help treat mental health conditions such as schizophrenia and bipolar disorder. Some patients with carbamazepine toxicity have experienced symptoms including:

In cases of severe carbamazepine toxicity, symptoms can include:

This is why it is important to read medication labels carefully. Also, ask your healthcare provider about the signs and symptoms of drug toxicity for any medication that you are taking, since they can differ from drug to drug.

Acute drug toxicity is more easily diagnosed as the symptoms follow the taking of the medication just one time. Blood tests can also screen for levels of the medication in the bloodstream, showing whether these levels are too high.

Chronic drug toxicity, or drug toxicity that occurs due to long-term build-up, is harder to identify. Stopping the medication, then "re-challenging" it later is one method of testing whether the symptoms are caused by the medicine. This method can be problematic, however, if the medication is essential and doesn't have an equivalent substitute.

There are several ways drug toxicity may be treated. If the toxicity is the result of an acute overdose, a person may undergo stomach pumping to remove drugs that have not yet been absorbed.

Activated charcoal is another drug toxicity treatment option. It can be used to bind the drug, preventing it from being absorbed into the blood. (If this approach is used, the drug is eliminated from the body through stool). Other medications may also be given as an antidote for drug toxicity.

If you believe that you or someone else has symptoms of drug toxicity or overdose, contact medical services immediately. Quick treatment can result in fewer complications. 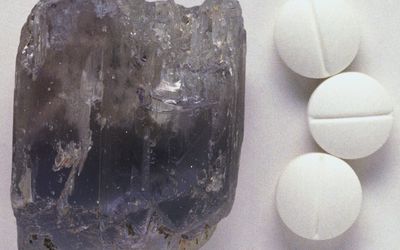 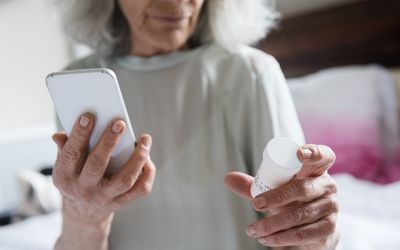 What You Need to Know to Safely Take Lithium