Psychedelic drugs are a group of substances that change or enhance sensory perceptions, thought processes, and energy levels. These drugs are sometimes used to facilitate spiritual experiences.

Also known as hallucinogenic drugs or simply hallucinogens, psychedelics are often used recreationally. They come in different forms, ranging from chemicals such as LSD to plants like peyote.

How Are Psychedelic Drugs Used?

Psychedelics are often smoked (and inhaled), eaten, or brewed into tea. Use of hallucinogens goes back centuries in many cultures, and some are still used in religious ceremonies to experience spiritual or heightened states of awareness.

Hallucinogens were used in psychotherapy in the 1960s, but this was halted for mainly political reasons until quite recently. Psychological research has since revived the use of psychedelics in experimental psychological treatment.

Psychedelics are slowly reappearing in psychology and psychiatry as a viable way to treat anxiety, depression, post-traumatic stress disorder (PTSD), and more. However, regulated treatments are currently experimental and not accessible to many people.

If you are looking to treat symptoms of a mental health condition, be sure to talk to a doctor about other treatment options that may help, such as therapy, prescribed medication, and meditation.

The following are some of the most commonly used psychedelic substances.

Lysergic acid diethylamide (LSD) is a chemically synthesized hallucinogen, developed from ergot, a kind of mold that grows on the rye grain. Also known simply as acid, LSD was widely used in the 1960s until it was made illegal. Use of LSD has continued, despite being a controlled substance, although its use has gone through phases of greater or lesser popularity.

What Does It Feel Like to Get High on Acid?

Dimethyltryptamine (DMT) is a naturally occurring plant-based psychedelic found in the bark and nuts of certain trees from Central and South America. The effects of DMT are much shorter than those of other psychedelics, typically lasting only an hour. This has led to DMT trips being referred to as "businessman's trip" or "businessman's lunch."

Mescaline is a naturally occurring psychedelic substance found in certain species of cactus, the most well-known being the peyote cactus. The effects of mescaline, which are similar to those of LSD, were well documented in the classic text on hallucinogens, "The Door of Perception" by Aldous Huxley.

Although peyote is a Schedule I drug, and is therefore illegal, the listing of peyote as a controlled substance does not apply to the use of peyote in bona fide religious ceremonies of the Native American Church.

Any person who manufactures peyote for or distributes peyote to the Native American Church, however, is required to obtain registration annually and to comply with all other requirements of law.

Ololiuqui is a naturally occurring psychedelic that is found in the seeds of the morning glory flower, which grows in Central and South America. Like mescaline, ololiuqui has a long history of use in spiritual rituals among indigenous groups where the plant grows but unlike mescaline, it is not a controlled substance in the U.S. leading some to consider it a free "herbal high."

Magic mushrooms contain a naturally occurring type of hallucinogen, called psilocybin, which is found in certain fungi. There is a wide variety of hallucinogenic mushrooms, and their legal status is somewhat ambiguous, as they can be found growing wild in many parts of the world.

The natural origins can make them appealing to young people, keen to experiment with these "free drugs." But mushrooms carry particularly high risks given the toxicity of some varieties, which can even be lethal.

Ecstasy, or MDMA, is more difficult to categorize as a psychedelic because the hallucinogenic effects are less pronounced, and the mood-enhancing and stimulant effects are more noticeable to the user than some other psychedelics. However, ecstasy can induce hallucinations and delusions.

It is possible to have a bad trip on ecstasy, although this is not as common as bad trips on LSD or mushrooms. Ecstasy has also been associated with increased risks of health problems arising from overheating, dehydration, and water intoxication.

The effects of psychedelic drugs vary depending on the person. Factors such as dosage, environment, and personality play a role in how psychedelics affect people.

Effects of psychedelic drugs may include:

Short-term side effects of LSD, peyote, and DMT may include an increase in heart rate. LSD and peyote may also cause an increase in body temperature. Additionally, LSD can cause dizziness, sleepiness, increased blood pressure, loss of appetite, dry mouth, sweating, numbness, weakness, tremors, and impulsive behavior.

Psilocybin can cause feelings of relaxation or introspection, but it can also produce nervousness, paranoia, and even feelings of panic.

Side effects of peyote include uncoordinated movements, excessive sweating, and flushing. DMT can cause agitation and body/spatial distortions.

Ololiuqui's effects are similar to those of LSD, but the drug has many unpleasant side effects including nausea, vomiting, headache, high blood pressure, and drowsiness.

If you are looking to use psychedelics, whether recreationally or to treat symptoms of a mental health condition, proceed with caution. If you experience negative effects, be sure to seek medical attention right away.

Remember, there are other ways outside of using drugs that can positively affect your mental health and shift your focus toward a more positive outlook. Talk to a doctor if you need to be referred to a mental health practitioner.

Mind in the Media: How to Change Your Mind
4 Sources
Verywell Mind uses only high-quality sources, including peer-reviewed studies, to support the facts within our articles. Read our editorial process to learn more about how we fact-check and keep our content accurate, reliable, and trustworthy. 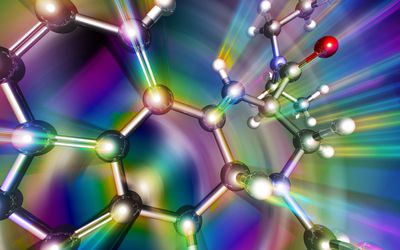