Identifying and recognizing adaptive and maladaptive defense mechanisms, as well as their root causes or triggers, can help you understand and care for yourself better.

Sigmund Freud, the renowned psychoanalyst, was the first person to propose the idea of defense mechanisms. Freud believed people unconsciously used defense mechanisms to help protect themselves from difficult or uncomfortable thoughts, feelings, or situations.

This article breaks down the most frequently used defense mechanisms and why people use them. It also looks at situations where you might need help and what kind of help would be available to you.

Mature defense mechanisms may be more helpful and inflict less harm upon yourself and others. The mature defenses involve accepting reality even if it is disliked. Uncomfortable thoughts, feelings, and situations are interpreted and addressed in less threatening forms instead of being denied.

Avoidance is a defense mechanism people use to avoid handling a problem at hand. With avoidance, you’ll dismiss any uncomfortable or negative thoughts or feelings without trying to understand them.

You might also avoid people or places that make you uncomfortable to the extent that it disrupts your personal life.

In the long run, avoidance may not be a sustainable solution and can compound a stressful situation. If it is safe and possible to do so, addressing and resolving a stressful situation directly can be more helpful. Using drugs or alcohol to circumvent dealing with your feelings or a difficult situation is also a form of avoidance.

Denial is used to avoid dealing with a stressful or overwhelming situation. When a person is in denial, they refuse to accept the reality of their situation.

For instance, if you are going through a rough divorce, you might stay in denial about the fact that your partner is about to leave you until it happens. The problem with denial is that it stops you from dealing with a situation when you should.

If you've just received shocking or life-changing news, denial can give you some time to come to terms with your new reality. However, if you remain in a state of denial, it could disrupt your life by keeping you disconnected from reality.

Projection is an unconscious act of taking unwanted emotions or traits you don't like or refuse to accept about yourself and attributing them to someone else. For instance, a person who is cheating might suspect or accuse their partner of cheating.

Distortion is the misinterpretation of your environment to see what you want to see, the way you want to see it. Your unconscious brain may seek out data that supports your beliefs and ignores evidence against it to protect your ego so you can perceive yourself as right or good instead of having made a mistake.

A delusion is a type of distortion. It may arise in response to feelings such as loneliness or inadequacy.

Delusions, like most defense mechanisms, show up in ways that range from adaptive to maladaptive. A person might have an adaptive delusion when they read and believe in horoscopes, picking out only what's true for them, and being amazed that they are so accurate—while ignoring or dismissing anything from the horoscope that does not resonate with them.

An example of a maladaptive delusion could be a person denying COVID-19 exists and refusing to wear a mask to prevent the spread of the illness. They may find information to support their belief, and ignore all evidence that suggests otherwise—even to the detriment to their own or a loved one's health.

With repression, a person will block out painful or overwhelming feelings and emotions in situations where they experience them. You often have no control over the thoughts and emotions you repress.

Repressed memories or feelings don’t just disappear, however. During therapy, or in certain unsuspecting moments you might find yourself uncovering them. A person who was abused by their parents as a child, for instance, may repress the memories and be unaware of them as an adult, insisting their parents were wonderful and never hurt them.

Suppression, on the other hand, is a conscious and intentional form of repression where you choose not to interact with or talk about distressing thoughts, feelings, or situations. You are aware of them, but you may put off addressing them until a later time. The ways suppression may be used can range from maladaptive to adaptive.

Identification involves a person adopting the thoughts and behaviors of a person who has power over them. In many identification cases, the person using it as a coping mechanism is being abused.

A great example of identification is in people who have Stockholm Syndrome. In such cases, they form an emotional bond with their captor or abuser and adapt their negative traits and behaviors.

Regression involves an individual coping with a traumatic, stressful, or anxiety-provoking situation by returning to an earlier developmental stage, or going psychologically back to a period in time.

For instance, a child who was abused and has been potty trained might start bedwetting again. It's possible for regression to occur at any stage of your life.

Sublimation, in many cases, is a positive defense mechanism. People who use it as a defense mechanism will substitute their more aggressive or problematic impulses with healthier and more positive alternatives.

For instance, a person who has been feeling a lot of pent-up anger and frustration might start playing a contact sport like football to channel these emotions healthily.

Dissociation involves disconnecting from yourself and your own thoughts, feelings, memories, or sense of identity. It often happens in response to a traumatic situation, like when a person is being abused. Like all defense mechanisms, forms of dissociation can range from mild to extreme.

Symptoms of dissociation may include having an out-of-body experience (which may happen during extreme physical violence such as rape or assault), feeling like you're a different person, feeling emotionally or physically numb or detached, and not feeling any pain. "Zoning out" is a very mild form of dissociation.

Displacement involves taking out difficult feelings, frustrations, and impulses on a less threatening person or object. For example, someone who is yelled at by their boss and has a bad day at work might not say anything directly to their boss. However, they may come home and yell at or take their frustrations out on their child.

Why People Use Defense Mechanisms

Many defense mechanisms happen unconsciously as attempts to protect your ego and to avoid uncomfortable feelings, thoughts, or impulses. They can range from mild to extreme and maladaptive to adaptive.

It can be helpful to work with a therapist to help identify and understand how defense mechanisms show up in your life, psyche, and reactions so you can deepen your awareness and expand your choice about how to react when stressful situations or feelings arise.

People who have been abused and have mental health conditions like anxiety and depression often use defense mechanisms to cope in their day-to-day lives. While using defense mechanisms in the short term might make you feel good, you should avoid them as often as you can.

If you find that you are routinely falling back on defense mechanisms to cope even in the slightest of uncomfortable situations, you might need help.

Help for people who depend on defense mechanisms is often therapy. In therapy, you’ll be equipped with the means to develop adaptive ways to deal with stressful, uncomfortable, or overwhelming situations. If your unconscious usage of defense mechanisms results in significant functional impairment, you may want to consult with a psychiatrist or physician to explore how medication may help.

Defense mechanisms are common and expected. Using a defense mechanism to protect yourself in specific scenarios can be adaptive. For instance, intellectualizing a challenging situation can help you realize that maybe some positive change came from it.

However, it would be best not to rely on harmful defense mechanisms whenever you are in a difficult situation because it may cause you to disconnect from reality. If you need assistance, don't hesitate to reach out to a mental health professional. 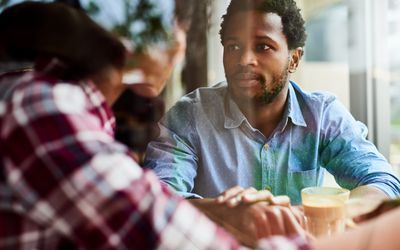 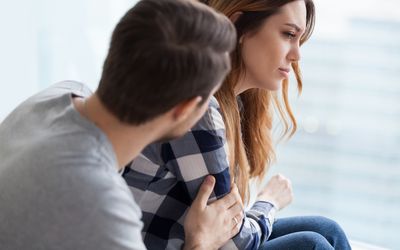 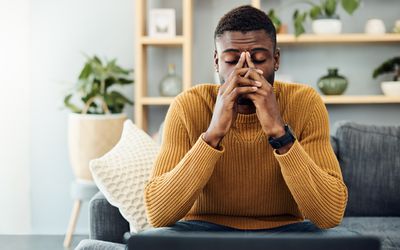 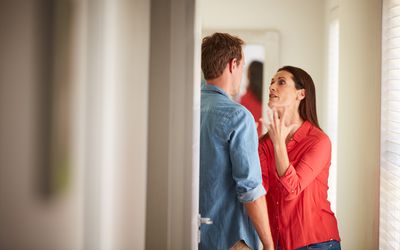 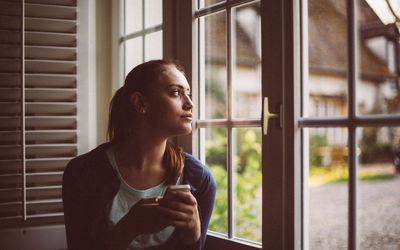