Hallucinogens can also affect regions of the brain that deal with regulating arousal and physiological responses to stress and panic, according to the National Institute on Drug Abuse (NIDA) research.﻿﻿

People who use hallucinogens can see things, hear things and feel sensations that seem to be very real, but do not in fact exist. These altered perceptions are known as hallucinations. Typically, these hallucinatory effects can begin from 20 to 90 minutes after ingestion and can last up to 12 hours.

One problem for users of hallucinogens is the fact that the effects of the drug can be highly unpredictable. The amount ingested, plus the user's personality, mood, surroundings, and expectations can all play a role in how the "trip" will go.﻿﻿

What hallucinogens can do is distort the user's capacity to recognize reality, think rationally and communicate. In short, a drug-induced psychosis, and an unpredictable one.

Sometimes, the user will experience an enjoyable and mentally stimulating trip. Some report having a sense of heightened understanding. But, users can have a "bad trip," that produces terrifying thoughts and feelings of anxiety and despair.

According to NIDA research, bad trips can result in fears of losing control, insanity, or death.﻿﻿

The following is a list of short-term effects of hallucinogenic drugs (i.e. poppers), provided by the NIDA:

Psilocybin is a naturally occurring hallucinogen found in some types of mushrooms. It can cause:

What Are the Effects of Magic Mushrooms and Psilocybin?

While the effects can vary depending on the type of hallucinogen and dosage, there are some general short-term effects that most of these drugs share.

One result of the repeated use of hallucinogens is the development of tolerance. Studies show that LSD users develop a high degree of tolerance for the drug very quickly.﻿﻿ This means they have to take increasingly larger amounts to get the same effects.

They will not, however, have a tolerance to drugs that affect other neurotransmitter systems, such as amphetamines and marijuana.

Tolerance to hallucinogens is not permanent. If the person stops taking the drug for several days, the tolerance will disappear.

Also, chronic users of hallucinogens typically do not experience any ​physical withdrawal symptoms when they cease use of drugs, unlike users who have become dependent on other drugs or alcohol.

Although rare, the occurrence of these conditions is as unpredictable as having a bad trip.

Flashbacks and psychosis can happen to anyone, but research has shown that they are more often observed in patients with a history of psychological problems.

The NIDA reports that persistent psychosis and flashbacks can occur to some users even after a single exposure to hallucinogenic drugs.﻿﻿ There is really no established treatment for flashbacks, although many who experience them are treated with antidepressants, antipsychotic drugs, and psychotherapy.

Why Do People Take Hallucinogens?
6 Sources
Verywell Mind uses only high-quality sources, including peer-reviewed studies, to support the facts within our articles. Read our editorial process to learn more about how we fact-check and keep our content accurate, reliable, and trustworthy.
Additional Reading 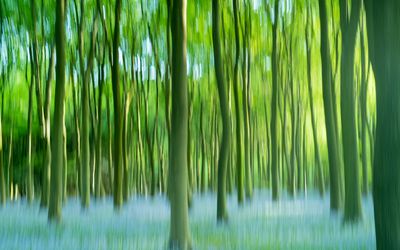