What Does It Mean to Be in the Closet?

There is so much focus nowadays on coming out, which is the process of telling others about your sexuality or gender identity, that we don't tend to talk much anymore about the act of being in the closet.

The concept of being in the closet or closeted is an important one to be familiar with because you may encounter people in your life who are closeted. Knowing how to navigate that part of their identity will help both of you and allow you to support that person to the best of your ability.

Read on to learn what being in the closet means, why someone chooses not to come out, and the effects on someone's life when they stay in the closet.

What Does It Mean to Be 'In the Closet?'

If a person is in the closet, that means that they haven't come out to the people in their life. They keep their gender identity, or their sexuality, or both, a secret.

Closets are small, dark places that are considered private. So, if you think about it, this term makes sense because someone in the closet is hiding a part of their identity.

When a person is in the closet, they may choose only to disclose their sexuality and/or gender identity to the people closest to them, such as the person they are dating. Or they might not disclose it to anyone at all. For example, they might wear clothing designated for a different gender only in private, or have sexual encounters with strangers.

Though no specific person is credited with coining the term, it has been used since the late 1960s.

Risks of Coming Out of the Closet

For people who live in major cities or have progressive families, it might seem very strange that someone would be concerned about the negative effects of coming out. However, there are many people who exist in pockets of society where being openly gay is unacceptable. In these places, those who belong to the LGBTQIA+ community likely fear coming out.

A person may choose to stay in the closet because they fear for their physical safety. Even though we have come a long way in accepting LGBTQIA+ people, they are nearly four times as likely to experience physical violence against them as people who are cisgender and heterosexual. That is a huge difference and one that can feel overwhelming.

Though many parents, aunts, uncles, and other family members have become accepting of LGBTQIA+ people, not all families are.

For example, in politically conservative families, there may be less general acceptance and advocacy for people who are LGBTQIA+. Since families tend to be an important part of people's lives, this can create a lot of conflict and strife in the mind and heart of an LGBTQIA+ person.

The fear of a lack of family support can lead to high stress levels. This fear can be so powerful that the person thinks it will be easier to stay closeted than to come out to their family and risk being ostracized.

It isn't necessarily bad for a person's career if they come out, but there are statistics that make it seem like coming out will potentially make one's career all the more difficult to succeed at.

Despite the progress that has been made in recent years, LGBTQIA+ people continue to face both a lack of access to healthcare and substandard healthcare when they do receive it.

For anyone with a health concern, this can be incredibly daunting, and even for people who just want to ensure their health remains sound, the idea that disclosing their sexual orientation to a healthcare provider could lead to less care is an understandable deterrent to coming out.

The lives of LGBTQIA+ people are as individual and nuanced as the lives of heterosexual and cisgender people. However, there are some themes that play out through the lived experiences of people who are in the closet.

Benefits of Being in the Closet

People who are in the closet don't have to deal with the above issues, such as lack of family acceptance of substandard healthcare. That's simply because if no one knows that you're LBGTQIA+, they can't treat you differently for it.

So it is safe to say that the benefits of being in the closet are simply that a person doesn't have to deal with the issues they otherwise would have to from society if they were out. However, this doesn't mean their quality of life is any better.

Challenges of Being in the Closet

Being closeted means that people you are close to don't know who you really are. That can be a stressful notion, and it can prevent closeness to others.

Someone who is closeted would likely not show their pride in being LGBTQIA+ in any of the standard ways and wouldn't engage in typical bonding activities. For example, someone who is in the closet may not bring their significant other to meet their family or to work gatherings and likely wouldn't display affection publicly.

What Happens to Your Mental Health When You're in the Closet?

It might seem straightforward that living in the closet would be stressful, and coming out would provide relief from those stressors. However, that isn't always the case. It depends greatly on what a person's environment and support systems are.

The mental health impacts of being closeted or not are completely contingent on what environment someone is in and what their life is like.

One study's analysis notes that "disclosing in some situations, but not in others, did not affect mental health, suggesting that such selectivity may be neither helpful nor harmful, the authors concluded."

There was disparity across genders, as well, with lesbians reporting overall better well-being than gay men.

Provided a person has a support system, their mental health is likely to be better if they come out of the closet than if they stay in it. Specifically, "Lesbians, gays, and bisexuals (LGBs) who are out to others have lower stress hormone levels and fewer symptoms of anxiety, depression, and burnout, according to researchers at the Centre for Studies on Human Stress (CSHS) at Louis H. Lafontaine Hospital, affiliated with the University of Montreal."

Coming out of the closet is an individual choice. No one is ever required to do it, and for those in environments that are not supportive of LGBTQIA+ people, concerns around coming out may rightfully prevent one from being able to.

If you're in a situation where you feel unsafe to coming out or think that loved ones won't support your coming out, there are resources available to help you.

Mental Health Resources to Support the LGBTQ+ Community
7 Sources
Verywell Mind uses only high-quality sources, including peer-reviewed studies, to support the facts within our articles. Read our editorial process to learn more about how we fact-check and keep our content accurate, reliable, and trustworthy. 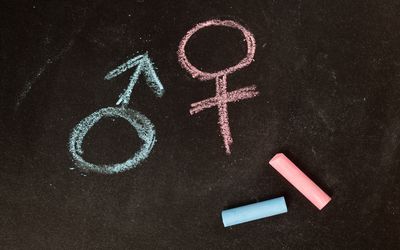