MDMA is short for 3,4-Methyl​enedioxy​methamphetamine. It is a stimulant and psychedelic drug that affects the brain in many ways.

Notably, it releases neurotransmitters that create pleasurable sensations like relaxation, feelings of love and safety, and increased friendliness. Generally, that is often why people use drugs like MDMA—to alter their mental states, enhance their mood, or cause changes in perceptions.

However, when it's used recreationally, MDMA may negatively impact other parts of the brain that are essential for functioning, learning, or remembering. MDMA, also known as ecstasy or Molly, can cause a variety of unwanted cognitive defects and physical effects.

This article covers the effects of MDMA on the brain, as well as the potential long-term impact of MDMA use. It also discusses how MDMA is being tested as a possible medical treatment for certain mental health conditions.

Why People Use MDMA

People often feel friendlier, more social, and even euphoric when they use MDMA. Emotions like anger and fear are generally repressed as a result of using the drug.

While some people may take MDMA to enhance the experience of going to a party or rave, others may self-medicate with MDMA. If someone experiences the symptoms of depression or anxiety, for instance, it may be tempting to experiment with recreational drugs like MDMA in order to feel a temporary boost in mood and desire to interact with other people.

While it's not uncommon for people to use recreational drugs to experience relief from uncomfortable mental health symptoms, using unregulated drugs is always risky.

When someone takes MDMA, it causes serotonin, dopamine, and norepinephrine to be released from their neuron storage sites. This results in an increase in neurotransmitter activity in the brain.

Serotonin, dopamine, and norepinephrine communicate information throughout the brain. They relay signals between nerve cells in the following ways:

Researchers believe that it is the release of excessive amounts of serotonin that produces the mood-elevating effects experienced by those who use MDMA.

The release of excessive amounts of these neurotransmitters by drug use can cause the brain to become depleted of these chemical messengers with many negative consequences.

While people who take MDMA do so to experience a boost in mood or a positive mental state, there are potentially dangerous effects linked with MDMA use. MDMA may cause:

Because MDMA produces feelings of safety, people may be more likely to engage in risky behaviors such as unsafe sex, or mixing MDMA with alcohol or other drugs.

In addition, someone using MDMA might feel over-confident about driving a car, for instance, which is especially dangerous given that their perception of motion is likely altered.

Long-Lasting Effects on the Brain

Animal research has shown that the damage that MDMA use causes to serotonin-containing neurons can be long-lasting. Measuring the long-lasting effect of MDMA use in humans has proven to be more difficult for scientists, but some studies have found that people who use MDMA heavily may experience:

Impact of Other Drugs

Another difficulty investigators have had with evaluating the effects of MDMA use on the brain is that many times the ecstasy tablets people purchase on the street are not pure MDMA, but contain other drugs or substances.

Bath salts can produce a range of harmful effects such as increased heart rate, blood pressure, chest pain, dehydration, and kidney failure. In addition, they may cause hallucinations, paranoia, delirium, and violent behavior. In some cases, the use of bath salts is fatal.

There is also the likelihood that those who use ecstasy are also using other drugs like marijuana or alcohol, which have their own effects on the brain. Therefore, it is difficult for researchers to determine if the effects they observe are from MDMA alone, the other drugs, or a combination of the two.

Other Factors That Could Play a Role

Along with the possible use of other drugs, other factors that could play a role in some of the cognitive deficits observed in those who use MDMA include:

Additional Effects of MDMA on the Brain

There are studies of long-term MDMA use that have indicated several other effects of heavy use of the drug:

There is some research that indicates that MDMA use not only affects the brains of those who use the drug but also the brains of unborn children of pregnant people who use it.

Animals that were in a developmental period (equivalent to the third trimester in humans) and exposed to MDMA experienced significant adverse effects on learning and memory.

Researchers are concerned about the potential adverse effects of MDMA on developing unborn children when pregnant people who use the drug continue to do so because they mistakenly believe that Molly is a "safe drug."

In the 1970s, researchers became interested in the potential medical uses of MDMA combined with psychotherapy to treat mental health conditions. However, it wasn't until 2017 that the Food and Drug Administration (FDA) gave MDMA a Breakthrough Therapy designation as a treatment for post-traumatic stress disorder (PTSD).

This means that researchers are approved to conduct studies that explore the effectiveness of MDMA for treating PTSD. In addition, studies on the effects of MDMA on social anxiety disorder in autistic adults and anxiety in people with terminal illness have been conducted.

More research is needed to fully understand the effectiveness of MDMA for these conditions.

Remember, it's not safe to self-medicate with MDMA that is bought on the street. Medical MDMA is highly regulated and its use is supervised by healthcare professionals in a controlled setting.

Psychotherapy is one of the main courses of treatment for people with PTSD. However, those who have the condition often struggle with traumatic memories and may have difficulty forming trusting relationships with therapists.

Because MDMA promotes relaxation and improves mood, research shows that—in controlled doses and under medical supervision—it reduced anxiety and hypervigilance in participants with PTSD. This allowed them to address memories without activating a fear response and confide in their therapists in ways that otherwise may have taken weeks or months to achieve.

It's worth noting that you don't need MDMA in order to confront traumatic memories and form a trusting relationship with a therapist. Some people will go on to do this naturally; however, for those who experience a prolonged struggle with these things, MDMA may be an effective option.

Social anxiety disorder (SAD) and autism are two different conditions; however, autism may increase the chance that someone develops SAD. People with SAD experience impairments in positive emotions during social interactions, perceive higher levels of social threat, and exhibit patterns of self-criticism.

MDMA has an impact on hormones—such as oxytocin, vasopressin, prolactin, and cortisol—that impact social behavior. Autistic individuals with SAD who received dosages of MDMA in one trial reported feelings such as peace, love, and empathy when interacting with other people, which increased their desire to socialize.

Anxiety in People With Terminal Illnesses

Research shows promising results for the use of MDMA in people who have anxiety as a result of a terminal illness. Those will life-threatening illnesses often experience anger, anxiety, depression, and despair.

If you're in a situation where people are recreationally using MDMA, it's important to remember the potential negative effects of taking this drug—especially if it's mixed with other drugs like bath salts.

If you're looking to be more social and/or relieve the symptoms of a mental health condition, there are safer, more effective treatment options you can try, such as cognitive behavioral therapy (CBT), meditation, relaxation techniques, and more. If you or a loved one is experiencing any negative effects as a result of taking MDMA, be sure to seek medical attention immediately.

17 Sources
Verywell Mind uses only high-quality sources, including peer-reviewed studies, to support the facts within our articles. Read our editorial process to learn more about how we fact-check and keep our content accurate, reliable, and trustworthy. 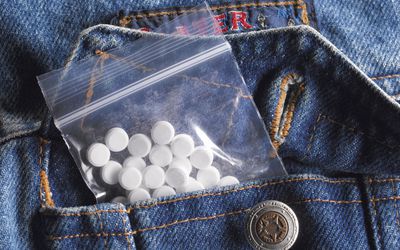 Can MDMA Be Used to Treat PTSD? 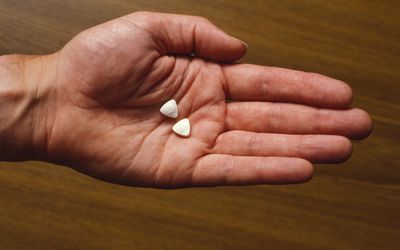 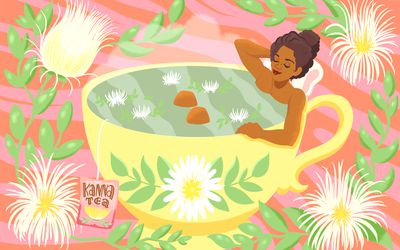 Is Kanna Really Nature's MDMA? Here's What You Need to Know