The Low Side of Bipolar Disorder

In order for a diagnosis of bipolar disorder to be made, there must also be a history of or a current manic or hypomanic episode. In bipolar I disorder, there doesn't need to be a depressive episode, although in most cases, there is.

In bipolar II, there needs to be the presence of a hypomanic and a major depressive episode over the course of the illness. The Diagnostic and Statistical Manual of Mental Disorders (DSM-5) contains a list of specific symptoms that may be present and specifies several rules about those symptoms.

For a diagnosis of a major depressive episode in bipolar disorder, the symptoms have to be continuous for at least two weeks (of course, they often continue much longer). In addition, a person must experience at least a depressed mood or a loss of interest, and at least five or more of the remaining symptoms listed below (such as change in appetite, insomnia, and fatigue).

The symptoms listed in the DSM-5 that a doctor will look for are:

One or both of the previous two mood symptoms has to be there for a major depressive episode to be diagnosed. Then, in addition, three to four of the following symptoms also need to be present:

Most Common Symptoms of Bipolar Disorder

Factors That Rule Out a Depressive Episode

Depressive vs. Hypomanic or Manic Episodes

Differences Between Bipolar I and Bipolar II
7 Sources
Verywell Mind uses only high-quality sources, including peer-reviewed studies, to support the facts within our articles. Read our editorial process to learn more about how we fact-check and keep our content accurate, reliable, and trustworthy. 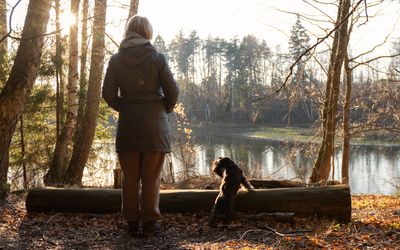 How To Get Out of a Depressive Episode