A conditioned taste aversion involves the avoidance of a certain food following a period of illness after consuming that food. These aversions are a great example of how classical conditioning can result in changes in behavior, even after only one incidence of feeling ill.

What Is Conditioned Taste Aversion?

Have you ever gotten ill after eating something and later found that just the thought of that food made you feel a bit queasy? A conditioned taste aversion can occur when eating a substance is followed by illness. For example, if you ate sushi for lunch and then became ill, you might avoid eating sushi in the future, even if it had no relationship to your illness.

While it might seem expected that we would avoid foods that were immediately followed by illness, research has shown that the consumption of the food and the onset of the illness do not need to necessarily occur close together. Conditioned taste aversions can develop even when there is a long delay between the neutral stimulus (eating the food) and the unconditioned stimulus (feeling sick).

In classical conditioning, conditioned food aversions are examples of single-trial learning. Just one pairing of the previously neutral stimulus and the unconditioned stimulus can establish an automatic response.

This conditioned taste aversion can occur even when you know that your illness is not connected to eating that particular item. In reality, you might be fully aware that you picked up a nasty stomach virus from one of your traveling companions who had been ill just days before the trip.

Consider your own aversions to certain foods. Can you link your distaste for particular items to a period of illness, queasiness, or nausea? People may find that they avoid very specific types of food for years simply because they consumed that particular item before they became ill.

Conditioned taste aversions are quite common and can last for days to several years.

Conditioned taste aversions are a great example of some of the fundamental mechanics of classical conditioning.

Is that all there is to these conditioned taste aversions? The scenario described above does not exactly fit with the standard expectations for classical conditioning. First of all, the conditioning occurred after just a single pairing of the neutral stimulus and unconditioned stimulus (UCS). Second, the time span between the neutral stimulus and UCS is usually just a matter of seconds. In the case of a conditioned taste aversion, the time-lapse often amounts to several hours.

While it may seem to violate the general principles of classical conditioning, researchers have been able to demonstrate the effects of conditioned taste aversions in experimental settings.

Because Garcia’s research contradicted much of what was previously understood about classical conditioning, many psychologists were unconvinced by the results. Pavlov had suggested that any neutral stimulus could elicit a conditioned response. But that were true, then why would the feelings of sickness be associated with the food that was eaten hours earlier? Wouldn't the illness be associated with something that had happened right before the symptoms occurred?

"Taste aversions do not fit comfortably within the present framework of classical or instrumental conditioning," Garcia noted. "These aversions selectively seek flavors to the exclusion of other stimuli. Interstimulus intervals are a thousand-fold too long."

What Garcia and other researchers were able to demonstrate was that in some cases, the type of neutral stimulus used does have an influence on the conditioning process. So why does the type of stimulus matter so much in this particular case? One part of the explanation lies in the concept of biological preparedness. Essentially, virtually every organism is biologically predisposed to create certain associations between certain stimuli.

If an animal eats food and then becomes ill, it might be very important to the animal's continued existence to avoid such foods in the future. These associations are frequently essential for survival, so it is no wonder they form easily.

Classical conditioning can have a powerful influence on behavior. As conditioned taste aversions so clearly demonstrate, sometimes learning can occur very quickly (after only a single instance). The next time you find yourself avoiding a particular food, consider the role that a conditioned aversion may have played in your dislike for that particular item.

A Brief History of Psychology
1 Source
Verywell Mind uses only high-quality sources, including peer-reviewed studies, to support the facts within our articles. Read our editorial process to learn more about how we fact-check and keep our content accurate, reliable, and trustworthy.
Additional Reading 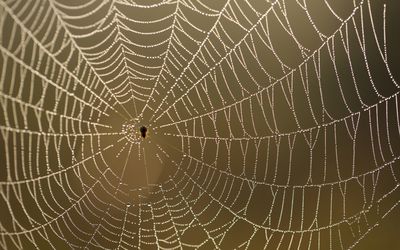