In psychology, the term "aggression" refers to a range of behaviors that can result in both physical and psychological harm to yourself, others, or objects in the environment. Aggression centers on hurting another person either physically or mentally.

While we all may feel aggressive on occasion, when aggression becomes pervasive or extreme, it may be a sign of an underlying mental health condition, a substance use disorder, or another medical issue.

Aggression can serve a number of different purposes, including:

While we often think of aggression in its physical forms, psychological aggression can also be very damaging. Intimidating or verbally berating another person, for instance, are examples of verbal, mental, and emotional aggression. Cyberbullying is another form of non-physical aggression that can cause serious harm to others.

How to Identify Emotional Abuse

Psychologists divide aggression into two main types. Both are damaging to those who experience them, whether as the target or the aggressor.

This form of aggression is not planned and often takes place in the heat of the moment. If another car cuts you off in traffic and you begin yelling and berating the other driver, you're experiencing impulsive aggression.

Hurting another person in a robbery is an example of this type of aggression. The aggressor's goal is to obtain money, and harming another individual is the means to achieve that aim.

We don't know precisely what causes excessive or inappropriate aggression. It's likely that several different factors are involved, including someone's biology, environment, and psychological history.

There may be genetic and hormonal factors that influence aggression. Imbalances in certain hormones, like testosterone and cortisol, and neurotransmitters, like serotonin and dopamine, may be linked to aggression. These imbalances can occur for a number of reasons, including genetics.

Brain structure can also influence aggression. People with structural abnormalities in the amygdala tend to show more aggression than their peers. Changes in other areas of the brain may also contribute to aggressive behavior.

How you were raised may play a role in whether or not you engage in aggressive behavior. People who grow up witnessing aggression may be more likely to believe that violence and hostility are socially acceptable. Experiencing trauma during childhood can also lead to aggressive behavior in adulthood.

Psychologist Albert Bandura's famous Bobo doll experiment demonstrated that observational learning can also play a role in how aggression develops. In this experiment, children who watched a video clip where an adult model behaved aggressively toward a Bobo doll were more likely to imitate those actions when given the opportunity.

Several mental health conditions can be associated with aggressive behavior, including:

Aggression can affect your health and relationships. Research suggests that there is a link between anger and chronic inflammation, which can cause secondary health problems like cardiovascular issues. Anger and aggression are also associated with mental health conditions. However, it isn't clear if unregulated anger causes those conditions, or if the conditions themselves make it difficult to manage intense emotions like anger and aggression.

Experiencing aggression at the hands of a partner, friend, or family member also has detrimental effects. People who have been victims of physical or psychological aggression view those experiences as harmful, even when their aggressor doesn't. These forms of aggression can ultimately lead to the end of the relationship.

Unchecked aggression can also make things more difficult at work and strain friendships. That can lead to more stress and feelings of alienation for the aggressor, which may worsen the problem.

If you're experiencing feelings of aggression, you can learn to manage your anger and cope in a more constructive way. Developing an anger management plan ahead of time can give you a roadmap to use when your emotions feel out of control. That plan should include ways to reduce your stress levels, like:

If someone in your life is behaving aggressively toward you, it's important to protect your own mental health and physical safety. Try to stay calm and avoid escalating the conflict, and walk away if it's safe to do so. If you're facing aggression at the hands of an intimate partner, look out for warning signs that the relationship is becoming dangerous, and reach out for help and support.

Which part of the brain controls aggression?

Aggression involves several different regions of the brain. The amygdala, hypothalamus, and periaqueductal gray are involved in recognizing an acute threat and generating an emotional response, while the prefrontal cortex plays a role in whether or not we act based on those emotions.

What is passive aggression?

Passive aggression is a way to express aggression indirectly. This kind of behavior is still intended to harm others, but it's often harder to identify and address. Deliberately avoiding someone else or "forgetting" to complete assigned tasks can be examples of passive-aggressive behavior.

What is reactive aggression?

Microaggressions are subtle behaviors that discriminate against a marginalized group of people. Microaggressions can be intentional or they may reflect someone's implicit bias; either way, they can have a cumulative, negative effect on the person being targeted.

What is the goal of aggression?

The goal of aggression is to harm someone who doesn't want to be harmed. The motivation behind this varies from person to person. Someone may act aggressively as a response to pain or fear, while someone else may use aggression to achieve another goal, like taking another person's money or property.

Aggression is often the byproduct of another underlying factor. Exploring and addressing that root cause can often help reduce aggressive behavior.

If you're troubled by aggression, seeking professional mental health care may benefit you. Anger management classes can help you learn how to avoid responding to intense emotions and how to manage aggression in a healthy, safe way.

What Happens in Anger Management Classes?
14 Sources
Verywell Mind uses only high-quality sources, including peer-reviewed studies, to support the facts within our articles. Read our editorial process to learn more about how we fact-check and keep our content accurate, reliable, and trustworthy. 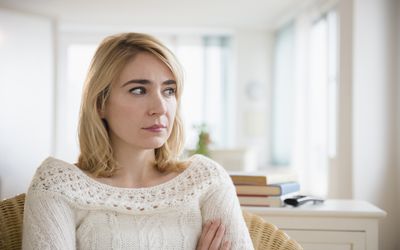 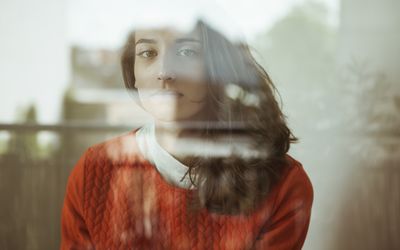