The Oedipus complex, also known as the Oedipal complex, describes a child's feelings of desire for their opposite-sex parent and jealousy and anger toward their same-sex parent. The concept was first introduced by Sigmund Freud in his theory of psychosexual stages of development.

History of the Oedipus Complex

Freud first proposed the concept of the Oedipus complex in his 1899 book "The Interpretation of Dreams," although he did not formally begin using the term Oedipus complex until 1910. The concept became increasingly important as he continued to develop his theory of psychosexual development.

Freud named the complex after the character in Sophocles' "Oedipus Rex," who accidentally kills his father and marries his mother.

In the Greek myth, Oedipus is abandoned at birth and thus does not know who his parents are. It is only after he had killed his father and married his mother that he learns their true identities.

How Does the Oedipus Complex Work?

In psychoanalytic theory, the Oedipus complex refers to the child's desire for sexual involvement with the opposite sex parent, particularly a boy's attention to his mother. This desire is kept out of conscious awareness through repression, but Freud believed that it still had an influence over a child's behavior and played a role in development.

In Freud's theory, children progress through a series of stages of psychosexual development. At each stage, the subconscious mind is centered on pleasure related to a certain region of the body. These stages are:

Freud suggested that the Oedipus complex played an important role in the phallic stage of psychosexual development. He also believed that successful completion of this stage involved identifying with the same-sex parent, which ultimately would lead to developing a mature sexual identity.

During this stage of development, Freud suggested that the child develops a sexual attraction to his or her opposite-sex parent and hostility toward the same-sex parent. According to Freud, the boy wishes to possess his mother and replace his father, who the child views as a rival for the mother's affections.

The Oedipal complex occurs in the phallic stage of psychosexual development between the ages of three and five. The phallic stage serves as an important point in forming sexual identity.

Signs of the Oedipus Complex

Freud believed that all children go through this process as a normal part of development. Some signs that a child is experiencing the Oedipus complex include:

Freud suggested that there are a number of behaviors that children engage in that are actually a result of this complex. Examples of behaviors a child might exhibit include:

It is important to note that not every conflict that occurs between a child and parent is caused by the Oedipus complex.

The analogous stage for girls is known as the Electra complex in which girls feel desire for their fathers and jealousy of their mothers. The term Electra complex was introduced by Carl Jung to describe how this complex manifests in girls. Freud, however, believed that the term Oedipus complex referred to both boys and girls, although he believed that each sex experiences it differently.

Freud also suggested that when girls discover that they do not have a penis, they develop penis envy and resentment toward their mothers for "sending her into the world so insufficiently equipped." Eventually, this resentment gives way to identification with her mother and the process of internalizing the attributes and characteristics of her same-sex parent.

Freud himself admitted that his understanding of women was perhaps less than fully realized.

How Is the Oedipus Complex Resolved?

At each stage in Freud's theory of psychosexual development, children face a developmental conflict that must be resolved in order to form a healthy adult personality. In order to develop into a successful adult with a healthy identity, the child must identify with the same-sex parent in order to resolve the conflict of the phallic stage.

Influence of the Id and Ego

So how does the child go about resolving the Oedipus complex? Freud suggested that while the primal id wants to eliminate the father, the more realistic ego knows that the father is much stronger. In addition, the boy also has a positive attachment to the father.

According to Freud, the boy then experiences what he called castration anxiety which is a fear of both literal and figurative emasculation. Freud believed that as the child becomes aware of the physical differences between males and females, he assumes that the female's penis has been removed and that his father will also castrate him as a punishment for desiring his mother.

Emergence of the Superego

In order to resolve the conflict, the defense mechanism known as identification kicks in. It is at this point that the super-ego is formed. The super-ego becomes a sort of inner moral authority, an internalization of the father figure that strives to suppress the urges of the id and make the ego act upon these idealistic standards.

In "The Ego and the Id," Freud explained the child's superego retains the character of the child's father and that the strong feelings of the Oedipus complex are then repressed.

Outside influences including social norms, religious teachings, and other cultural influences help contribute to the repression of the Oedipal complex.

It is out of this that the child's conscience emerges, or the overall sense of right and wrong. In some cases, however, Freud also suggested that these repressed feelings could also result in an unconscious sense of guilt. While this guilt may not be overtly felt, it can still have an influence over the individual's conscious actions.

What If the Oedipus Complex Is Not Resolved?

As when conflicts at other psychosexual stages are not resolved, a fixation at that point in development can result. Freud suggested that boys who do not deal with this conflict effectively become "mother-fixated" while girls become "father-fixated."

An unresolved Oedipus complex can lead to challenges in achieving mature adult romantic relationships, and conflicts with same-sex competitiveness. Psychoanalysis focuses on helping resolve these conflicts.

Criticisms and Other Explanations

Freud's theory was controversial in his own time and remains controversial, criticized, and not widely accepted today. Other theories have emerged to describe parent-child attachments.

Attachment theory, in particular, offers an alternative explanation for many of the behaviors that Freud described. This approach emerged during the 1950s through the work of psychologists John Bowlby and Mary Ainsworth.

According to attachment theory, early childhood emotional bonds serve as a source of safety and security. Children may bond with one parent more or express jealousy of the rival parent as a result of these early attachments that are tied to safety, security, and survival.

Freud's concept of the Oedipus complex remains highly debated today and other theories are generally preferred as explanations for some of the attachment behaviors that children experience.

If your child is experiencing symptoms that are disrupting their functioning and creating distress, talk to your child's pediatrician or a mental health professional. They can evaluate these symptoms and make recommendations that can help your child. 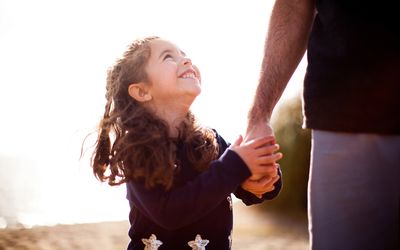 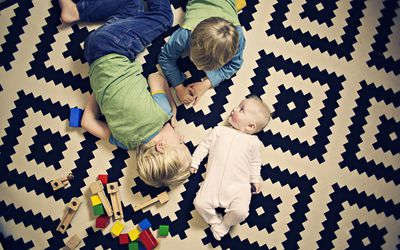