Have you ever accidentally touched a hot pan and jerked your hand back in response? That immediate, unlearned reaction is a great example of an unconditioned response. It occurs without any type of learning or training.

Some more examples of unconditioned responses include:

In each of the above examples, the unconditioned response occurs naturally and automatically.

The Unconditioned Response and Classical Conditioning

The concept of the unconditioned response was first discovered by a Russian physiologist named Ivan Pavlov. During his research on the digestive systems of dogs, the animals in his experiment would begin to salivate whenever they were fed. Pavlov noted that when a buzzer was rung every time the dogs were fed, the animals eventually began to salivate in response to the buzzer alone.﻿﻿

For example, you naturally tend to tear up whenever you are cutting onions. As you are making dinner, you also enjoy listening to music and find yourself playing the same song quite often. Eventually, you find that when you hear the song you often play during your meal prep, you find yourself tearing up unexpectedly. In this example, the vapors from the onions represent the unconditioned stimulus. They automatically and naturally trigger the crying response, which is the unconditioned response.

After multiple associations between a certain song and the unconditioned stimulus, the song itself eventually starts to evoke tears.

In Pavlov's experiment, for example, ringing the buzzer without presenting food eventually led the dogs to stop salivating in response to the buzzer. Pavlov found, however, that extinction does not lead to the subject returning to their previously unconditioned state. In some cases, allowing a period of time to elapse before suddenly reintroducing the conditioned stimulus can lead to spontaneous recovery of the response.﻿﻿

You should read more about how this process as well as some of the key differences between how classical and operant conditioning work. 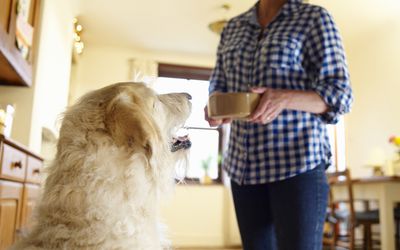