Celebrity worship is an extreme feeling of attachment to a celebrity. The most frequently used measure to identity celebrity worship is the Celebrity Attitude Scale, which suggests there are three levels of the phenomenon: entertainment-social, intense-personal, and borderline-pathological.

Celebrity worship has been criticized for pathologizing fans of celebrities.

The concept of parasocial relationships, a one-sided relationship between a viewer and a media persona, was introduced by Donald Horton and R. Richard Wohl in 1956. These scholars observed that an increase in media such as radio shows and television had allowed consumers to develop the illusion of a relationship with figures they only knew through media.

In general, scholars agree that forming parasocial relationships with media figures is normal and psychologically healthy, however celebrity worship was conceived to explore the more problematic aspects of attachment to celebrities.

In 2002, in response to the growing interest and media coverage of celebrities and their private lives,  Lynn McCutcheon and colleagues proposed the concept of celebrity worship and the Celebrity Attitude Scale to measure it. They suggested that while it was normal for children and adolescents to become intensely interested in celebrities and to use them as role models, this "celebrity worship" should decrease with age.

Yet, the increase in information available about celebrities had caused some adults to engage in celebrity worship as well, which the researchers claimed could be dysfunctional and even, in the most extreme cases, pathological.

In the 20 years since it was initially proposed, celebrity worship has increasingly become the subject of research. Moreover, due to the introduction of social media such as Instagram and Twitter, people have more access to information about celebrities than ever, including posts and messages that appear to come directly from the celebrities themselves.

In accordance with this, Lynn McCutcheon and Mara Aruguete found that celebrity worship greatly increased between 2001 and 2021, a trajectory they observed makes further research into this phenomenon essential.

In their initial discussion of the concept, McCutcheon and colleagues proposed the Absorption-Addiction Model of celebrity worship.

What Does This Model Claim?

The model posits that, although most people will seek out information about celebrities purely for entertainment, those who lack a solid personal identity or meaningful relationships will attempt to compensate for those issues by becoming absorbed by information about their favorite celebrity.

While this will help them solidify their identities and fulfill their social needs in the short term, the model suggests that, much like an addiction, these individuals will develop a tolerance for the absorption they feel, requiring them to go to greater extremes in pursuit of information about their favorite celebrity, sometimes leading to obsession and dysfunctional behaviors, such as stalking. Subsequent studies have found support for this model.

The Levels of Celebrity Worship

In keeping with the Absorption-Addiction Model, the Celebrity Attitude Scale includes three levels of celebrity worship:

These levels are considered progressive such that those who reach the borderline-pathological level must pass through the entertainment-social and then the intense-personal levels of celebrity worship first.

As a result, although most celebrity worshippers never move past the entertainment-social level, according to McCutcheon and colleagues' conceptualization, anyone who falls into even this lowest level is potentially at risk for unhealthy behavior and eventually pathology.

People at the intense-personal level of celebrity worship score high for neuroticism and those at the borderline-pathological score high for psychoticism, reflecting a tendency toward poor mental health in both groups.

In support of this, celebrity worship is associated with poor psychological health, including anxiety and depression, as well as anxiety in intimate relationships. Meanwhile, the intense-personal and borderline-pathological levels of celebrity worship has been found to be related to obsessive-compulsive behaviors.

Criticisms of the Concept of Celebrity Worship

Using the terms synonymously has led to the pathologization of fans, even though most people who are fans of celebrities don't exhibit mental health issues or unhealthy behaviors.

In order to correct this issue, media psychologist and fan researcher Gayle Stever attempted to tease out the two concepts by administering the Celebrity Attitude Scale to a sample of serious fans who had either written letters to celebrities, attended fan events with access to celebrities, joined and participated in fan club activities, or collected a great deal of memorabilia related to their favorite celebrity. 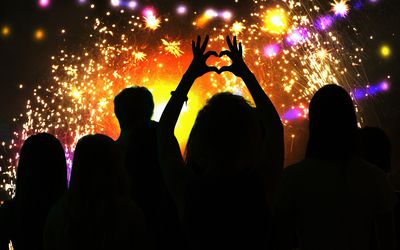 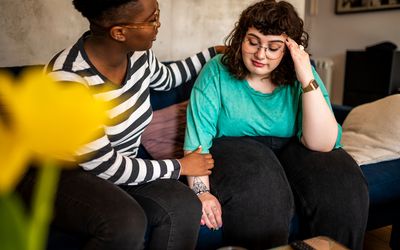