Cheryl S. Grant is a writer, and nutritionist. She has written for brands such as Cosmopolitan, Brides, Glamour, Yoga Journal, and others.

Colorism is the practice of favoring lighter skin over darker skin. The preference for lighter skin can be seen within any racial or ethnic background.

While some say that they are color-blind when it comes to race, it's hard to deny that many people not only see color but they also use it as a way to judge or determine someone’s character.

This article explains colorism, its relationship to racism, and offers ways you can help to combat the pervasiveness of colorism.

Colorism Is Rooted in Racism

Colorism finds its roots in racism because, without racism, someone’s value and perceived superiority wouldn't be based on the color of their skin.

Colleen Campbell, a Ph.D. candidate in Sociology and African Studies at Princeton University noted, "When we think of racism in the U.S. especially, we think of anti-Black attitudes or institutional processes that entrench whiteness at the top of the social hierarchy."

Furthermore, the preference for lighter skin tones is a result of slavery and since then there are many methods people have used and still use to determine someone's value in society.

Slavery and the Preference for Lighter Skin

During the enslavement of Black people, those with lighter skins tones (the children of a slave and their master) received preferential treatment.

One of the reasons for this favoritism is because Black people with lighter skin have more European features and a closer "proximity to whiteness."﻿﻿﻿

The enslavement of Africans in America brought us the "one-drop rule," which impacts our definition and impression of our varying shades. The one-drop rule dates back to a 1662 Virginia law that addresses mixed-race people. It asserts that anyone with even one ancestor that is Black is considered Black.﻿﻿﻿

Consequently, "a dark-skinned individual not only faces discrimination from white society but will also be discriminated against by Black society," says Campbell.

The “paper bag test,” was used to determine if someone was allowed to enter churches, night clubs, and fraternities. So, people who were darker than the color of a brown paper bag would not be allowed to enter.﻿﻿

Colorism, a global cultural, social construct with its roots deeply embedded in racism, exists within many groups, including Black, Asian, and Latino American communities.

“Colorism can occur intra-racially (i.e., within groups) and interracially (i.e., across ethno-racial groups). It can manifest both interpersonally and systemically,” says Campbell.

As the inculcation of racism is detrimental to Black Americans' advancement, colorism can be equally crippling and maybe even more so.

The preference for lighter-skinned Blacks by Whites and Blacks can cause darker-skinned Blacks to have poorer outcomes in many areas such as education and income than their fairer counterparts. It can even affect health and marital status.﻿﻿﻿

"The same stratification that we witness in racial outcomes between Black and White is also visible within groups. In ways, the gap between light and dark skin Blacks have been more pronounced than the Black-White gap," says Campbell.

Colorism in the White Community

Suffice it to say that colorism is so prevalent it isn't limited to minorities but can even exist with White Americans.

In a study published by the Journal of Social Cognitive and Affective Neuroscience, researchers used MRI to determine activity in the amygdala (a region in the brain that processes potential threats, emotions, from sensory, social, and emotional stimuli), when shown photographs of unfamiliar Black and White faces with varied skin tones.

The prevalence of colorism isn't limited to our day-to-day lives; it even extends itself into areas that one might assume to be liberal and thus inclusive, Hollywood.

"It is visible in the media and advertising industries," says Campbell. "Actress Lupita Nyong'o accused a magazine of airbrushing her hair to look more European," she says.

We have even seen it played out on screen in movies such as Spike Lee's movie "School Daze" where dark-skinned and light-skinned girls called each other names such as "tar baby," "Barbie doll," and "wannabe white."

In a recent episode of the tv sitcom "Black-ish," titled "Black Like Us," when Diane (actress Marsai Martin) looks darker in a classroom photo, it was made clear, we are still grappling with colorism.

The storyline drew on the experiences of one of the show's executive producers Peter Saji, who is of mixed-race and admits he never really acknowledged his light-skinned privilege.

BlPOC will face struggles whether they are mixed or not, but preferential treatment is given to those on the lighter end of the spectrum.﻿﻿﻿

"For dark skin Black women, it not only means being passed over for lighter skin women in the dating and labor market, but it also means rarely seeing a dark skin woman as the love interest of the main character."

In 2016, Zoe Saldana was deemed as not being dark enough by some to play the eponymous Nina Simone and had to use makeup to darken her skin, but usually, it is the opposite.

"The skin lightening industry is a multi-billion-dollar industry profiting from the stigmatization of dark skin everywhere (India, Asia, Africa, the Caribbean, and Araba countries)," says Campbell.

The centuries-old practice, which is common in the U.S. and throughout the world, is achieved through pills, creams, and soaps, is still ever so popular.

The World Health Organization reports that skin lightening is widespread in many African, Asian, and Caribbean countries.

"When the media or advertising industry uses dark skin actors, it tacitly engages in bleaching or lightening these actors," says Campbell.

The practice doesn't show any sign of slowing down as it is estimated that the industry market could be valued at $31.2 billion by 2024. "It breeds destructive colloquialisms, such as, 'you're beautiful for a dark skin woman,'" she says. "Skin lightening advertisements reinforce the stigma against dark skin people."

How to Combat Colorism

As is the case with racism, uncomfortable and honest conversations need to take place in order for there to be self-reflection and change. We need to get to a place where it is intolerable to judge someone based on the color of their skin.

Use Your Social Privilege for Good

If you have lighter skin, you are much more likely to be afforded privileges that people of darker complexions (of any race/ethnic background) do not have access to. You can, however, use this privilege to advocate for the better treatment of people with darker skin.

“Lighter skin people (like myself) must be cognizant of their social privilege and consider how to use it to remedy some of the harm against dark skin individuals,” says Campbell.

“For those men who rarely date darker skin women, perhaps they might reflexively consider how colorism affects their dating preferences,” she says.

The cosmetic industry must be challenged, and actors of all backgrounds must address practices that suffocate, stigmatize, and diminish others.

The attitude and acceptance that aligns whiteness with beauty have real-world consequences. “At the very least, I think we must center colorism in the wider conversation of racism in America,” says Campbell.

Colorism is rooted in racism and can have devastating impacts on those who are affected by it. It's important that you take the necessary steps to learn about colorism so that you can properly address it when you notice that someone is being treated differently because of their skin tone or if it's happening to you.

An understanding of colorism will allow you to have more informed and effective conversations about race and skin color.

Systemic Racism Takes a Toll on BIPOC Mental Health
9 Sources
Verywell Mind uses only high-quality sources, including peer-reviewed studies, to support the facts within our articles. Read our editorial process to learn more about how we fact-check and keep our content accurate, reliable, and trustworthy.
See Our Editorial Process
Meet Our Review Board
Share Feedback
Was this page helpful?
Thanks for your feedback!
What is your feedback?
Speak to a Therapist Online
×
The offers that appear in this table are from partnerships from which Verywell Mind receives compensation.
Related Articles 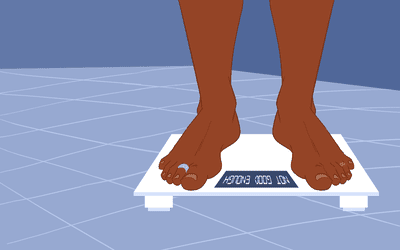 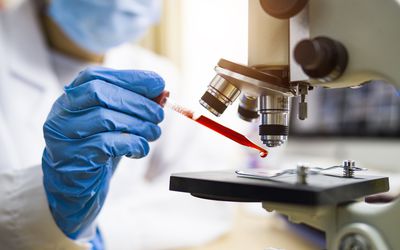 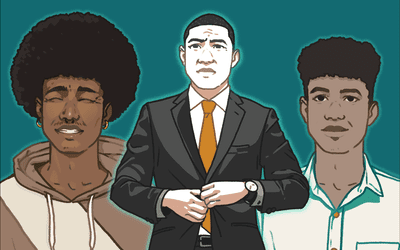