Hysteria is a term often used to describe emotionally charged behavior that seems excessive and out of control. When someone responds in a way that seems disproportionately emotional for the situation, they are often described as being "hysterical."

During the Victorian era, the term hysteria was a common medical diagnosis, especially for women. It wasn't removed from the Diagnostic and Statistical Manual of Mental Disorders (DSM) until 1980. Today, people exhibiting hysterical symptoms might be diagnosed with a dissociative or somatic disorder.

Hysteria can be defined as a feature of some conditions that involve people experiencing physical symptoms that have a psychological cause.

Hysteria was viewed as a psychological disorder as far back as 1900 BCE. This is when ancient Egyptians first described the condition, adding that it was caused by "spontaneous uterus movement." This was also sometimes referred to as having a wandering uterus.

The word hysteria comes from the Greek hystera, which means "uterus."

To treat hysteria, Egyptians would place bad-smelling or other scented substances near the female's vulva or face, depending on whether the uterus was thought to move up or down. The Greek physician Celsus suggested that both virginity and abstinence helped cure hysteria.

The notion that this condition affected only females remained for quite some time. It wasn't until the early 1600s that the focus switched, such as when anatomist Thomas Willis concluded that hysteria did not originate in the uterus, but in the brain. This understanding opened the possibility that hysteria could affect men as well.

The term "hysterical neurosis" was first mentioned in the second edition of the DSM (DSM-II), published in 1968, but has since been abandoned in favor of a diagnosis of somatic symptom disorder, dissociative disorder, or conversion disorder.

Hysteria helped form the field of psychoanalysis. In the 1800s, for instance, French neurologist Jean-Martin Charcot utilized hypnosis to treat women suffering from hysteria. The famed Austrian psychoanalyst Sigmund Freud studied with Charcot, so he had firsthand experience observing these patients, as well as observing Charcot's treatment methods.

It was Freud's work with colleague Josef Breuer on the case of Anna O, a young woman experiencing symptoms of hysteria, that helped lead to the development of psychoanalytic therapy. Anna found that simply talking about her problems with a therapist had a major impact on her well-being. She dubbed this treatment the "talking cure" and it is still referred to as talk therapy to this day.

Carl Jung, a colleague of Freud's, treated a young woman named Sabina Spielrein who was also thought to suffer from hysteria. Jung and Freud often discussed Spielrein's case, which had an impact on the theories they developed. Spielrein herself trained as a psychoanalyst and helped introduce the psychoanalytic approach in Russia before she was murdered by Nazis during World War II.

Symptoms that are considered characteristic of "hysteria" (now an outdated term) include:

Additional symptoms often associated with being in a hysterical state have varied, but include:

In 1980, the American Psychological Association (APA) changed the diagnosis of "hysterical neurosis, conversion type" to "conversion disorder." Today, someone might be diagnosed with different types of disorders that were historically known as hysteria, including dissociative and somatic disorders.

Dissociative disorders are psychological disorders that involve an interruption in aspects of consciousness, including those related to identity and memory. Disorders in this category include:

In the DSM-5, symptoms that once existed under the broad umbrella of "hysteria" now fit under what is referred to as somatic symptom disorder. There are several related conditions that can be diagnosed within this category, including:

Somatic symptom disorder involves having a significant focus on physical symptoms such as weakness, pain, or shortness of breath. This preoccupation with symptoms results in significant distress and difficulties with normal functioning.

With somatic symptom disorder, the person may or may not have a medical condition. It is important to note that the disorder does not involve faking an illness—whether the person is sick or not, they believe that they are ill.

Over time, the theories about what causes hysteria have changed. Although they originally focused on the uterus, we now know that the causes of both dissociative and somatic disorders are often psychological in nature.

Dissociative disorders are generally caused by experiencing some type of trauma. This might include being exposed to childhood abuse that is physical, sexual, or emotional. Being in a natural disaster or being involved in combat can also lead to a dissociative disorder.

Somatic symptom disorder can also be a result of childhood abuse or parental neglect but is also sometimes caused by having extreme anxiety about bodily processes and illness combined with a low threshold for pain.

A phenomenon known as hysterical contagion, a form of social contagion, can also lead groups of people to experience symptoms often associated with hysteria. This phenomenon involves groups of individuals having symptoms of illness that are attributed to a physical or contagious source, but that, in reality, stem from social and psychological influences.

Treating hysteria-like symptoms associated with dissociative and somatic symptoms disorders typically includes some type of psychotherapy. Common treatment approaches for these conditions include:

If you or a loved one experience symptoms once associated with hysteria—such as having emotional outbursts, losing sensation, or having hallucinations—seeking the help of a mental health professional is a good step. In the meantime, here are a few tips to help you better cope:

17 Sources
Verywell Mind uses only high-quality sources, including peer-reviewed studies, to support the facts within our articles. Read our editorial process to learn more about how we fact-check and keep our content accurate, reliable, and trustworthy.
Additional Reading 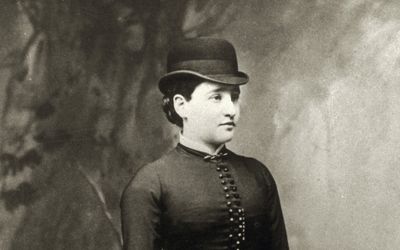 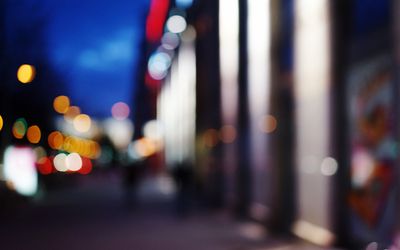