What Is Munchausen Syndrome (Factitious Disorder Imposed on Self)?

Dawn Stacey, PhD, LMHC, is a published author, college professor, and mental health consultant with over 15 years of counseling experience.

What Is Munchausen Syndrome?

Munchausen syndrome is a mental disorder in which a person routinely acts as if they have a true physical or mental health issue even though they are really not sick. A person with this condition will deliberately create, complain of, or exaggerate symptoms of an illness that does not really exist.﻿﻿

The disorder has since been renamed and is now classified in the Diagnostic and Statistical Manual of Mental Disorders (DSM-5) as "factitious disorder imposed on self."

People with factitious disorder imposed on self (FDIS) will deliberately cause, misrepresent, and/or exaggerate their symptoms (physical or psychological). They may suddenly leave a hospital and move to another area when it is discovered that they are not being truthful.

People with Munchausen syndrome can be extremely manipulative since the main symptom of this disorder requires deception and dishonesty.

The following are some examples of behavior you may see in somebody with FDIS:﻿﻿

If you are concerned that someone you know may be affected by FDIS, there are some warning signs that you can look out for. The main sign is that the individual seems to always be complaining about and/or exaggerating symptoms of an illness.

Additional warning signs can include:﻿﻿

Diagnosing FDIS can be very hard because of all of the dishonesty associated with the disorder. Doctors must first rule out any possible physical and mental illnesses before considering a diagnosis of Munchausen syndrome.

Additionally, in order to be diagnosed with Munchausen syndrome/factitious disorder imposed on self, the following four criteria must be met:﻿﻿

Difference Between Provisional and Differential Diagnoses

The exact cause of this disorder is not known. Due to the deception surrounding Munchausen syndrome, it is also not known exactly how many people are affected by it (but the number is likely very low).﻿﻿ The onset of symptoms usually occurs in early adulthood, often after hospitalization for a medical condition. Unfortunately, this is a complex and poorly understood condition.

One theory of what causes this mental disorder is a history of abuse, neglect, or abandonment as a child.﻿﻿ A person may have unresolved parental issues because of this trauma. These issues may, in turn, cause the individual to fake being sick.

People may do this because they:

Another theory points to a history of frequent or prolonged illnesses that required hospitalization (especially if this took place during childhood or adolescence).﻿﻿ The rationale behind this theory is that people with Munchausen syndrome may associate their childhood memories with a sense of being taken care of. After becoming adults, they may try to achieve the same feelings of comfort and reassurance by pretending to be ill.

There may also be a link between personality and factitious disorder imposed on self. This is because personality disorders are common in people with Munchausen syndrome.﻿﻿ This disorder may stem from the person’s inner need to be seen as sick or disabled. It could also be due to the person having an insecure sense of their own identity.

People affected by this disorder are willing to go through extreme measures, such as undergoing painful or risky tests or operations in an attempt to gain the sympathy and special attention given to people who are truly sick. So pretending to be sick allows them to assume an identity that elicits support and acceptance from others. Admission to the hospital can also provide a clearly defined place in a social network.

This other individual, who can be a child, another adult, or pet, is considered to be a victim. A person affected by Munchausen syndrome by proxy may also be guilty of criminal behavior if their actions consist of abuse and/or maltreatment.

People affected with factitious disorder imposed on self deny they are faking or causing their own symptoms, so obtaining treatment tends to be dependent on somebody else suspecting that the person has this disorder, persuading the individual to receive treatment, and encouraging the person to stick to treatment goals.﻿﻿

The main treatment goal for Munchausen syndrome is to change the person's behavior and lessen the misuse/overuse of medical resources.﻿﻿ Treatment usually consists of psychotherapy (mental health counseling).

During treatment sessions, the therapist may try to challenge and assist in changing the thinking and behavior of the person (this is known as cognitive behavioral therapy). Therapy sessions may also try to uncover and address any underlying psychological issues that may be causing the person's behavior.

During treatment, it is more realistic to have the person work toward managing the syndrome as opposed to trying to cure it.﻿﻿ A therapist may try to encourage the person to avoid dangerous medical procedures as well as unnecessary hospital admissions.

In addition to individual therapy, treatment may also include family therapy. Teaching family members how to properly respond to a person diagnosed with Munchausen syndrome can be helpful.

The therapist can teach family members not to reward or reinforce the behavior of the person with the disorder. This may make lower the person's need to appear sick since they may no longer be receiving the attention they are seeking.

Medication is typically not used in the treatment of FDIS. If the person is also experiencing anxiety or depression, however, a doctor may prescribe medication, including selective serotonin reuptake inhibitors (SSRIs), serotonin-norepinephrine reuptake inhibitors (SNRIs), benzodiazepines, and tricyclic antidepressants (TCAs).

If this is the case, it is important that the person is closely monitored because of the higher likelihood of using these medications to purposely hurt themselves.

If someone you love is living with FDIS, it's important to seek help. Munchausen syndrome is associated with severe emotional difficulties, including an increased risk for substance use and suicide attempts.

People with FDIS are also at risk for health problems or death because of their purposeful actions of trying to hurt themselves. They can suffer additional harm from complications associated with multiple tests, procedures, and treatments.

If you or a loved one are struggling with Munchausen syndrome or self-harm, contact the Substance Abuse and Mental Health Services Administration (SAMHSA) National Helpline at 1-800-662-4357 for information on support and treatment facilities in your area.

Munchausen Syndrome by Proxy (Factitious Disorder Imposed by Another) 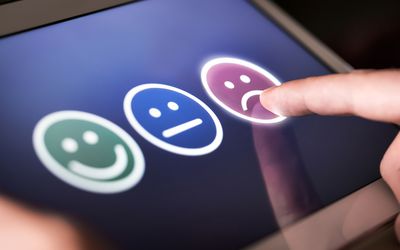 Why a Person May Fake Depression