A negative assumption or prejudgment about members of a specific group

Prejudice is an assumption or an opinion about someone simply based on that person's membership to a particular group. For example, people can be prejudiced against someone else of a different ethnicity, gender, or religion.

If someone is acting on their prejudices, they are pre-judging (hence the term "prejudice") someone before even getting to know them on a deeper level. This is an irrational attitude and mindset which does no good for anyone involved.

"Prejudice" comes from the Latin prejudicium ("injustice") and praeiudicium ("prior judgment"), which referred to judicial examination before trial.

For example, a person might have a lot of preconceived ideas about someone who is Christian, Muslim, or Jewish and will allow those judgements to affect the way they view and treat those people. The same can be true for people who are Black, White, or Asian.

Common features of prejudice include:

In society, we often see prejudices toward a group based on race, sex, religion, culture, and more.

While specific definitions of prejudice given by social scientists often differ, most agree that it involves prejudgments that are usually negative about members of a group.

As mentioned, a prejudiced attitude can be based on a number of factors, including sex, race, age, sexual orientation, nationality, socioeconomic status, and religion. Some of the most well-known types of prejudice include the following:

Prejudice is not the same as discrimination. Whereas prejudice refers to attitudes and beliefs in the abstract, discrimination describes actions that can arise from prejudice.

How Prejudice Negatively Affects All Parties

When people hold prejudicial attitudes toward others, they tend to view everyone who fits into a certain group as being "all the same." They paint every individual who holds particular characteristics or beliefs with a very broad brush and fail to really look at each person as a unique individual.

This has a very strong influence on how people behave and interact with those who are different from them.

At a basic level, it can stifle a prejudiced person’s ability to learn more about those who are different from themselves. As a result, it can also cause them to miss out on relationships or conversations that have the potential to be deeply fulfilling.

Those on the receiving end of prejudice are particularly impacted, though. Not only can those presuppositions and biases inflict true hurt, but it can even affect their ability to get a “fair shot” in this world.

For example, the ubiquitous prejudice against Black people has translated into higher incarceration rates, fewer job offers, and lower pay.

Another blatant example is the prejudice against Muslims; the rampant anti-Muslim sentiment in the West has led many people to believe that all Muslims are violent and hateful.

There’s no clear answer on why prejudice exists and the reality is that a number of factors come into play. According to psychologist Gordon Allport, prejudice and stereotypes emerge in part as a result of normal human thinking.﻿﻿ In order to make sense of the world around us, it's important to sort information into mental categories.

"The human mind must think with the aid of categories," Allport explained in his book, The Nature of Prejudice. "Once formed, categories are the basis for normal prejudgment. We cannot possibly avoid this process. Orderly living depends upon it."﻿﻿﻿

In other words, we often depend upon our ability to place people, ideas, and objects into different categories in order to make the world easier to understand.

We are simply inundated with too much information to sort through all of it in a logical, methodical, and rational fashion. Unfortunately, this quick categorization leads to faulty assumptions that have an impact on individuals and the world at large.

While in some cases prejudice is blatant—evolving into outright “-isms”—it can often occur without us even realizing it. Whether deeply ingrained, taught, or an implicit bias, it is important to fight our own prejudices we have against others.

One of the first ways to do this is to understand and accept that it happens. By being aware of your own natural tendency to be biased (and it’s something we all experience whether consciously or not), you’ll be able to catch yourself more easily “in the act” and self-correct.

Recognizing and Correcting Your Prejudices

When you realize that you are pre-judging someone else, try asking yourself the following questions:

In addition to looking at the reasons why prejudice occurs, researchers have also explored different ways that prejudice can be reduced or even eliminated. For example, equipping yourself with the skills to be more wholly empathetic to members of another group is one method that has shown considerable success.

For instance, simply imagining yourself in the same “shoes” as the other person can humanize them to you. In that moment, they are no longer just a random member of a group that’s different from your own (one you may not fully understand).

Instead, they become a more complex being in your eyes—someone with a mother and father, a sibling, a friend to others, a co-worker, a romantic partner. Someone with unique interests, the ability to love, cry, and feel.

Other techniques that are used to reduce prejudice include:

Knowing what prejudice is and why it tends to occur is an important step in helping the world become a more welcoming, equal place. There’s a lot of progress to be made, of course.

Continue to have important conversations, acknowledge your own potential biases, and strive to understand others on a deeper level.

How People's Prejudices Develop
6 Sources
Verywell Mind uses only high-quality sources, including peer-reviewed studies, to support the facts within our articles. Read our editorial process to learn more about how we fact-check and keep our content accurate, reliable, and trustworthy. 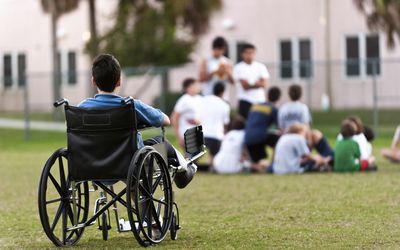 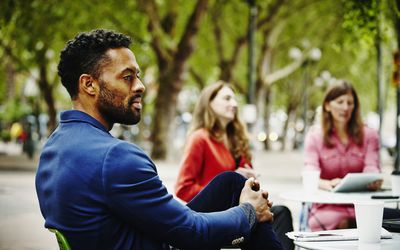 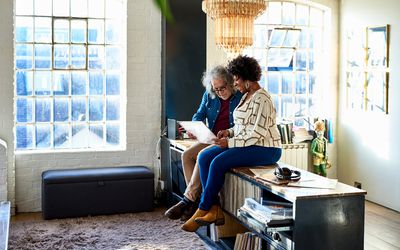