Learn About the ADHD Assessment for Children and Teens

The Conners 3 is a norm-referenced assessment used in diagnosing attention-deficit/hyperactivity disorder (ADHD) in children and teens.

The Conners 3 is developed and distributed by Multi-Health Systems Inc. (MHS). It utilizes observation reports from parents or guardians as well as teachers to determine whether the child meets the Diagnostic and Statistical Manual of Mental Disorders (DSM) diagnostic criteria for ADHD. There is also a self-report form available for children ages eight and up.

What Is the Conners 3 Used For?

The Conners 3 will help determine whether any symptoms your child or teen may be displaying are indicative of ADHD.

Some practitioners who test for ADHD will use the Conners 3 when evaluating a client who is between six and 18 years old. It has scales to measure:

When you complete the Conners 3, the evaluator scores the measures to get norm-referenced ratings on each of the scales. This helps them determine whether the client is experiencing an issue outside of what is typical for the age group including (but not limited to):

For instance, it is not unusual for a seven-year-old to sometimes have difficulty staying in their seat during school. A fourteen-year-old who argues with their parents from time to time is not necessarily displaying defiant behavior at a clinically significant level.

Norm-referenced ratings tell the evaluator what symptoms go beyond typical behavior and might be clinically significant.

In addition to these ratings, the Conners 3 creates symptom checklists for ADHD, ODD, and conduct disorder to determine whether the client’s symptoms match the DSM diagnostic criteria.

According to the DSM, a client must have six symptoms of either inattentive or hyperactive-type ADHD in order to meet the criteria and be diagnosed.

Getting an Appropriate Diagnosis

Since many diagnoses can have similar symptoms, the symptom count and norm-referenced rating scales help the evaluator determine whether the client’s symptoms are due to ADHD, another diagnosis, or both.

What's Next After Being Diagnosed With ADHD

How Do I Complete the Conners 3?

The Conners 3 consists of a series of questions presented in a Likert-scale format. The answers for each question are listed as follows: Not true at all/Never, Just a little true/Occasionally, Pretty much true/Often, and Very much true/Very often.

How to Answer the Questions

Answer the questions honestly and as accurately as you are able. You have the choice to indicate that you do not know how to answer a question, but if you skip too many questions, the evaluator might not be able to score your Conners 3.

On Paper or Online

Some evaluators have paper forms for the Conners 3, which you can complete with a pen or pencil by circling your answers to each question.

Others use the MHS portal to administer it online. If your evaluator uses the MHS portal, you will receive a link via email, and you can complete the Conners 3 on any device with a web browser through their encrypted portal.

If your child is completing the self-report form, the evaluator will explain to them how to complete the measure.

How Is the Conners 3 Scored?

When scoring the Conners 3, the evaluator first looks at validity scales. Validity scales assess how someone took a psychological test and determines whether the scores are accurate and can be interpreted.

The Conners 3 has three validity scales:

If you respond attentively and honestly, the validity scales should reflect that. However, sometimes parents who are overwhelmed by their child’s problem behaviors might unintentionally respond in an overly negative manner when completing the evaluation.

Similarly, a parent who feels defensive when completing the measure might inadvertently under-report symptoms. Children with low self-esteem sometimes endorse items on the Negative Impression Index as well, meaning that they present themselves as having a lot of negative qualities because they believe it is true.

The evaluator will then look at the content scores and DSM scores to see what symptoms are outside of the typical range and what diagnostic criteria they might be consistent with.

They will next review the symptom counts to see how many symptoms were indicated. The Conners 3 also has critical items for potential immediate safety concerns, such as starting fires or engaging in sexually aggressive behavior, to address with you.

Potential Limitations of the Conners 3

While the Conners 3 can be helpful in determining whether your child has ADHD, there are some limitations.

Other Tests May Be Needed to Make an Accurate Diagnosis

It is very rare to make a diagnosis based on a single assessment measure. Even if you, your child, and your child’s teacher complete all three Conners 3 forms, the evaluator might administer a cognitive assessment to get more information about your child’s functioning and abilities or, if age-appropriate, a personality test to see if your child meets criteria for another diagnosis in addition to or instead of ADHD.

Regardless of what measures are used in determining a diagnosis, the evaluator will also consider your child’s personal history as well as behavioral observations to provide context for the scores.

The Conners 3 is an assessment tool that measures behaviors. Since ADHD and other neurodivergent diagnoses are brain differences, they can impact behavior.

However, some people with ADHD mask or hide their symptoms. As a result, it is possible for someone with ADHD to not meet the criteria based on the Conners 3.

The Conners 3 Excludes Other Sexes/Genders

In addition, the Conners 3 requires that clients be identified as either male or female in order to score the measure. This creates an issue if the client is nonbinary.

After administering the Conners 3 (and any other assessment measures they use), the evaluator should meet with you to go over the scores and explain what they mean.

Ask questions or let them know if you are confused or do not understand something. You can also contact the evaluator after that appointment if more questions arise.

Remember, symptoms like executive dysfunction can occur due to diagnoses other than ADHD, so even if your child does not meet the criteria for ADHD, this does not mean that they are not having a hard time.

Girls, especially, are underdiagnosed due to masking symptoms. In addition, because it is possible to mask symptoms it is OK to get a second opinion from another evaluator if you still suspect that you, your child, or your teen has ADHD. You can also re-test later if symptoms persist after another diagnosis has been treated.

If your child is struggling with attention, impulse control, defiance, or other symptoms that you suspect might indicate ADHD, the Conners 3 is one tool that can help you and their treatment team determine their diagnosis. If you or a loved one has been diagnosed with ADHD, understand that you're not alone and that treatment is available to you.

How Is ADHD Treated for Children and Adults?
5 Sources
Verywell Mind uses only high-quality sources, including peer-reviewed studies, to support the facts within our articles. Read our editorial process to learn more about how we fact-check and keep our content accurate, reliable, and trustworthy. 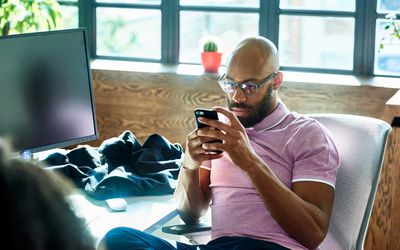 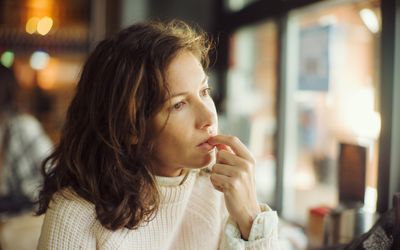 What Is Anxious ADD? 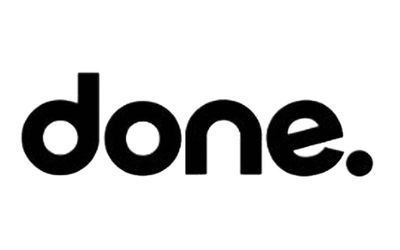