Are people inherently good or inherently evil? If you’re trying to avoid a philosophical or existential debate it is easiest to say, it depends on the person. That is, there is no one-size-fits-all template for the traits of all humankind.

However, psychologists have been able to associate certain behaviors with traits that can be major red flags for someone’s personality. Those traits are known as the Dark Triad.

The dark triad is composed ofnarcissism, subclinical psychopathy, and Machiavellianism. This trio of negative or dark personality traits are distinct from one another, however, they also have the ability to overlap and present in one individual.

Individuals manifesting the dark triad personality type have been associated with tendencies toward violence and criminal activity. Even when they don’t slip to those extremes, the trio usually spells self-serving, manipulative, and low-empathy behavior.

What are Personality Traits?

Personality traits are a construct used by psychologists to attempt to understand the differences in people’s thoughts and behaviors by assigning each to a specific trait. People that are assigned a trait are generally expected to behave in a way associated with that trait consistently over time and in lots of varying situations.

Often psychologists will use a template of five personality traits, which are commonly known as the big five. These traits include openness, conscientiousness, extraversion, agreeableness, and neuroticism.

After analyzing behavior, psychologists will score an individual either high or low on each of the core traits and build an outline of their personality type.

What Are Dark Traits?

In non-clinical terms, dark traits are the personality types exhibited by people who are generally deemed antisocial. Below, we'll go through the specific traits that are indicative of the dark triad.

Of the three dark traits that make up the dark triad personality, narcissism is probably the most commonly misdiagnosed. Often people will point to individuals who exhibit selfish behavior and call them narcissists. If this were the case we would all be narcissists at times. However, the clinical definition of narcissism goes a bit further.

Narcissism is a concern with one’s self to the extreme. While everyone will be guilty of putting their own needs first from time to time, narcissists will do this almost as a rule.

Psychologists work to determine if an individual is a true narcissist by grading them on a four-part scale known as the Narcissistic Personality Inventory (NPI). This scale assesses an individual's self-absorption, superiority, authority, and exploitativeness (meaning they will exploit others for their own gain).

Often, narcissists will have a difficult time forming and maintaining relationships with others since that would require them to consider someone's needs outside of their own.

To understand what subclinical psychopathy is, first you need to understand psychopathy. Psychopathy, like narcissism, is a word that is thrown around more often than is actually appropriate, at least in a clinical sense.

A true psychopath is someone who exhibits antisocial behaviors. Namely, they show a lack of empathy or remorse and typically have dampened impulse control.

It's important to note that these aren’t one-off occurrences—they are typically unrelated to the instances that you can name from common everyday life experiences. For true psychopaths, this lack of empathy and remorse form the rule and is not the exception to their behavior.

The difference is instead quantitative. True clinical psychopaths are those whose abnormal or anti-social behavior permeates most or every area of their lives. A subclinical psychopath on the other hand is an individual who exhibits these same behaviors, but the effect on their lives is lessened because the rate and extremity of the behaviors is lower.

Machiavellianism, as its name suggests, can be summed up as a personality type that incorporates the ideas put forth by Niccolo Machiavelli. Niccolo Machiavelli was a Renaissance philosopher who described how a head of state ought to behave in one of his most acclaimed works, “The Prince.”

One of the main themes of the book is that the ends justify the means—and it's that very theme that underscores Machiavellianism as a personality type.

Those who exhibit Machiavellianism are highly manipulative. Societally, they are often viewed as adept liars, however, their deception often runs much deeper. Machiavelli notes in “The Prince,” a true Machiavellian personality inherently understands the importance of appearing forthcoming while using deceit to obtain what they want.

How to Recognize a Dark Triad Personality

Due to the deceitful nature of the dark triad personality traits, it is inherently difficult to diagnose. Many individuals who exhibit these traits are often master manipulators and excellent liars who are well-versed in telling people what they want to hear.

In a clinical setting, psychologists can assess how individuals score on the big five personality traits and compare these to known associations with dark triad personalities. There can be attempts to detect levels of the individual traits that make up the triad as well as a twelve-point scale used to measure all three at once.

On a personal level, recognizing someone as having a dark triad personality can be exceedingly difficult. However, certain red flags such as constant lying or displays of apparent interest in only themselves can be good indicators they exhibit at least one of the requisite traits.

What Is the Light Triad?

The dark triad personality type has been attracting lots of attention from researchers in recent years, this makes sense due to its potential impact on criminology and understanding antisocial behavior. There is a yin to its yang, however.

These personality types are inherently concerned with other people. Kantianism is the belief that other people are ends themselves, not means to justify ends. This personality trait loves others and works to benefit them instead of only making choices that benefit themselves. Humanism is the value of the worth of people. And faith in humanity is the belief that people are inherently good and will do good unto others.

If you’re worried about the potential pitfalls of not being able to detect dark triad personalities you may encounter in your day to day life, you can perhaps take solace in the belief that you may be just as many light triad personalities to balance them out. 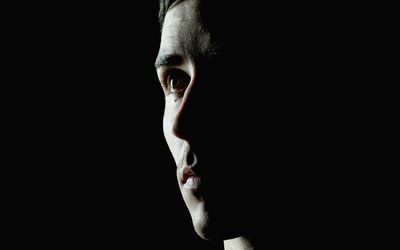 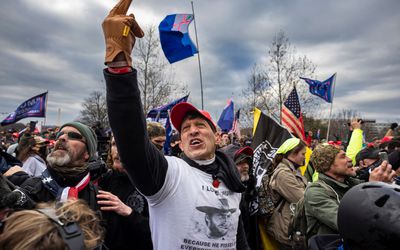 Are Personality Traits Genetic?
How Neuroticism Affects Your Relationships