Medically reviewed by David Susman, PhD
David Susman, PhD is a licensed clinical psychologist with experience providing treatment to individuals with mental illness and substance use concerns.
Learn about our Medical Review Board
Fact checked
Verywell Mind content is rigorously reviewed by a team of qualified and experienced fact checkers. Fact checkers review articles for factual accuracy, relevance, and timeliness. We rely on the most current and reputable sources, which are cited in the text and listed at the bottom of each article. Content is fact checked after it has been edited and before publication. Learn more.
by
Amanda Tust

How exactly do researchers investigate the human mind and behavior? While there are a number of different research techniques available, the experimental method is one that allows researchers to look at cause-and-effect relationships.

Results obtained through the experimental method are very useful, but they do not prove with 100% certainty that a singular cause will always create a specific effect. Instead, they show the probability that a cause will or will not lead to a particular effect.

What Is the Experimental Method in Psychology?

The experimental method involves manipulating one variable to determine if this causes changes in another variable. This method relies on controlled research methods and random assignment of study subjects to test a hypothesis.

For example, researchers may want to learn how different visual patterns may impact our perception. Or they might wonder whether certain actions can improve memory. Experiments are conducted on many behavioral topics, some of which include attention, cognition, emotion, memory, perception, and sensation.

The scientific method forms the basis of the experimental method. This is a process used to determine the relationship between two variables—in this case, to explain human behavior.

Positivism is also important in the experimental method. It refers to factual knowledge that is obtained through observation, which is considered to be trustworthy.

When using the experimental method, researchers first identify and define key variables. Then they formulate a hypothesis, manipulate the variables, and collect data on the results. Unrelated or irrelevant variables are carefully controlled to minimize the potential impact on the experiment outcome.

History of the Experimental Method

The idea of using experiments to better understand human psychology began toward the end of the nineteenth century. Wilhelm Wundt established the first formal laboratory in 1879.

Wundt is often called the father of experimental psychology. He believed that experiments could help explain how psychology works, and used this approach to study consciousness.

Wundt coined the term "physiological psychology." This is a hybrid of physiology and psychology, or how the body affects the brain.

Other early contributors to the development and evolution of experimental psychology as we know it today include:

To understand how the experimental method works, it is important to know some key terms.

Operational definitions are necessary when performing an experiment. When we say that something is an independent or dependent variable, we must have a very clear and specific definition of the meaning and scope of that variable.

The five basic steps of the experimental process are:

Most psychology students are expected to use the experimental method at some point in their academic careers. Learning how to conduct an experiment is important to understanding how psychologists prove and disprove theories in this field.

There are a few different types of experiments that researchers might use when studying psychology. Each has pros and cons depending on the participants being studied, the hypothesis, and the resources available to conduct the research.

Sometimes researchers opt to conduct their experiments in the field. For example, a social psychologist interested in researching prosocial behavior might have a person pretend to faint and observe how long it takes onlookers to respond.

This type of experiment can be a great way to see behavioral responses in realistic settings. But it is more difficult for researchers to control the many variables existing in these settings that could potentially influence the experiment's results.

A researcher looking at personality differences and birth order, for example, is not able to manipulate the independent variable in the situation (personality traits). Participants also cannot be randomly assigned because they naturally fall into pre-existing groups based on their birth order.

So why would a researcher use a quasi-experiment? This is a good choice in situations where scientists are interested in studying phenomena in natural, real-world settings. It's also beneficial if there are limits on research funds or time.

Examples of the Experimental Method in Use

The experimental method can provide insight into human thoughts and behaviors, Researchers use experiments to study many aspects of psychology.

A 2019 study investigated whether splitting attention between electronic devices and classroom lectures had an effect on college students' learning abilities. It found that dividing attention between these two mediums did not affect lecture comprehension. However, it did impact long-term retention of the lecture information, which affected students' exam performance.

An experiment used participants' eye movements and electroencephalogram (EEG) data to better understand cognitive processing differences between experts and novices. It found that experts had higher power in their theta brain waves than novices, suggesting that they also had a higher cognitive load.

A study looked at whether chatting online with a computer via a chatbot changed the positive effects of emotional disclosure often received when talking with an actual human. It found that the effects were the same in both cases.

Sometimes researchers use the experimental method to get a bigger-picture view of psychological behaviors and impacts. For example, one 2018 study examined several lab experiments to learn more about the impact of various environmental factors on building occupant perceptions.

While the experimental method can be a valuable tool for learning more about psychology and its impacts, it also comes with a few pitfalls.

Experiments may produce artificial results, which are difficult to apply to real-world situations. Similarly, researcher bias can impact the data collected. Results may not be able to be reproduced, meaning the results have low reliability.

Since humans are unpredictable and their behavior can be subjective, it can be hard to measure responses in an experiment. In addition, political pressure may alter the results. The subjects may not be a good representation of the population, or groups used may not be comparable.

And finally, since researchers are human too, results may be degraded due to human error.

Every psychological research method has its pros and cons. The experimental method can be helpful for establishing cause and effect, and it's also beneficial when research funds are limited or time is of the essence.

At the same time, it's important to be aware of this method's pitfalls, such as how biases can affect the results or the potential for low reliability. Keeping these in mind can help you review and assess research studies more accurately, giving you a better idea of whether the results can be trusted or if they have limitations.

Qualitative vs. Quantitative Research
17 Sources
Verywell Mind uses only high-quality sources, including peer-reviewed studies, to support the facts within our articles. Read our editorial process to learn more about how we fact-check and keep our content accurate, reliable, and trustworthy. 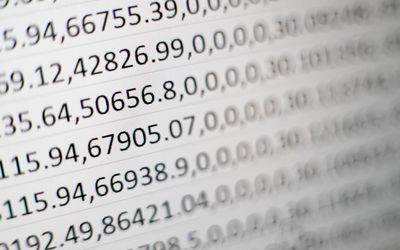 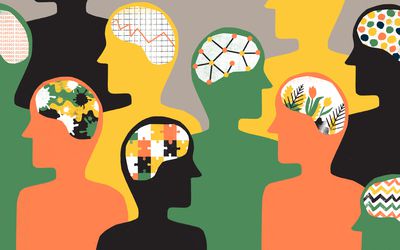 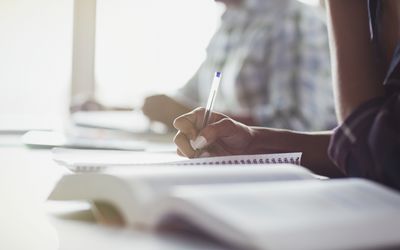