The Hawthorne effect is a term referring to the tendency of some people to work harder and perform better when they are participants in an experiment.

The term is often used to suggest that individuals may change their behavior due to the attention they are receiving from researchers rather than because of any manipulation of independent variables.

The Hawthorne effect has been widely discussed in psychology textbooks, particularly those devoted to industrial and organizational psychology. However, research suggests that many of the original claims made about the effect may be overstated.

History of the Hawthorne Effect

The Hawthorne effect was first described in the 1950s by researcher Henry A. Landsberger during his analysis of experiments conducted during the 1920s and 1930s.

Why Is It Called the Hawthorne Effect?

The phenomenon is named after the location where the experiments took place, Western Electric’s Hawthorne Works electric company just outside of Hawthorne, Illinois.

The electric company had commissioned research to determine if there was a relationship between productivity and work environments.

The original purpose of the Hawthorne studies was to examine how different aspects of the work environment, such as lighting, the timing of breaks, and the length of the workday, had on worker productivity.

In the most famous of the experiments, the focus of the study was to determine if increasing or decreasing the amount of light that workers received would have an effect on how productive workers were during their shifts. In the original study, employee productivity seemed to increase due to the changes but then decreased once the experiment was over.

What the researchers in the original studies found was that almost any change to the experimental conditions led to increases in productivity. For example, productivity increased when illumination was decreased to the levels of candlelight, when breaks were eliminated entirely, and when the workday was lengthened.

The researchers concluded that workers were responding to the increased attention from supervisors. This suggested that productivity increased due to attention and not because of changes in the experimental variables.

Findings May Not Be Accurate

Landsberger defined the Hawthorne effect as a short-term improvement in performance caused by observing workers. Researchers and managers quickly latched on to these findings. Later studies suggested, however, that these initial conclusions did not reflect what was really happening.

The term Hawthorne effect remains widely in use to describe increases in productivity due to participation in a study, yet additional studies have often offered little support or have even failed to find the effect at all.

Examples of the Hawthorne Effect

The following are real-life examples of the Hawthorne effect in various settings:

Does the Hawthorne Effect Exist?

Later research into the Hawthorne effect suggested that the original results may have been overstated. In 2009, researchers at the University of Chicago reanalyzed the original data and found that other factors also played a role in productivity and that the effect originally described was weak at best.

Researchers also uncovered the original data from the Hawthorne studies and found that many of the later reported claims about the findings are simply not supported by the data. They did find, however, more subtle displays of a possible Hawthorne effect.

While some additional studies failed to find strong evidence of the Hawthorne effect, a 2014 systematic review published in the Journal of Clinical Epidemiology found that research participation effects do exist.

After looking at the results of 19 different studies, the researchers concluded that these effects clearly happen, but more research needs to be done in order to determine how they work, the impact they have, and why they occur.

While the Hawthorne effect may have an influence on participant behavior in experiments, there may also be other factors that play a part in these changes. Some factors that may influence improvements in productivity include:

While the Hawthorne effect has often been overstated, the term is still useful as a general explanation for psychological factors that can affect how people behave in an experiment.

How to Reduce the Hawthorne Effect

In order for researchers to trust the results of experiments, it is essential to minimize potential problems and sources of bias like the Hawthorne effect.

So what can researchers do to minimize these effects in their experimental studies?

Many of the original findings of the Hawthorne studies have since been found to be either overstated or erroneous, but the term has become widely used in psychology, economics, business, and other areas.

More recent findings support the idea that these effects do happen, but how much of an impact they actually have on results remains in question. Today, the term is still often used to refer to changes in behavior that can result from taking part in an experiment. 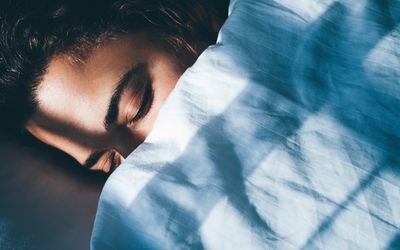