The hippocampus is a small, curved formation located deep in the temporal lobe of the brain. As part of the limbic system, the hippocampus has three primary functions: forming new memories, learning, and emotions. It is susceptible to damage from injury, stress, and disease, including psychiatric and neurological conditions such as Alzheimer's, schizophrenia, and depression.

The hippocampus plays a critical role in the formation, organization, and storage of new memories and in connecting certain sensations and emotions to these memories. It also plays an important part in the recall of emotional memories. Have you ever noticed how a particular scent might trigger a strong memory? It is the hippocampus that plays a role in this connection.

This video has been medically reviewed by Huma Sheikh, MD.

Functions of the Hippocampus

Research has also found that different subregions of the hippocampus play important roles in certain types of memory.

The rear part of the hippocampus is involved in the processing of spatial memories. Studies of London cab drivers found that navigating complex mazes of big city streets is linked to the growth of the rear region of the hippocampus.﻿﻿

The hippocampus also plays a role in consolidating memories during sleep. Studies published in 2004 suggest that greater hippocampal activity during sleep following some sort of training or learning experience leads to better memory of the material the following day.﻿﻿

Memories are not stored in the hippocampus for the long term. Instead, it is believed that the hippocampus acts as something of a shipping center, taking in information, registering it, and temporarily storing it before shipping it off to be filed and stored in long-term memory. Sleep is believed to play a critical role in this process.

Because the brain is lateralized and symmetrical, you actually have two hippocampi. They are located just above each ear and about an inch-and-a-half inside your head.

There are a few different factors that can affect the function of the hippocampus:

The hippocampus may also play a role in contributing to the development of addictions. Because drugs and alcohol affect the brain's reward systems, the hippocampus creates memories of these satisfying experiences. It also may help form memories of environmental cues associated with substance use that can contribute to intense cravings when these cues are encountered again.

There are a number of things that can cause hippocampus damage, including traumatic brain injury, stroke, Alzheimer's disease, seizures, and ischemia.

If the hippocampus is damaged by disease or injury, it can influence a person's memories as well as their ability to form new memories. Hippocampus damage can particularly affect spatial memory, or the ability to remember directions, locations, and orientations.

Because the hippocampus plays such an important role in the formation of new memories, damage to this part of the brain can have a serious long-term impact on certain types of memory.

Damage to the hippocampus has been observed upon post-mortem analysis of the brains of individuals with amnesia. Such damage is linked to problems with forming explicit memories such as names, dates, and events.

Some of the signs of damage or injury to the hippocampus include:

In addition to memory problems and other symptoms often linked to Alzheimer's disease, problems with the hippocampus are also linked to mental health conditions such as bipolar disorder, depression, and schizophrenia.

How to Keep Your Hippocampus Healthy

History of the Hippocampus

The term hippocampus is derived from the Greek word hippokampus (hippo meaning "horse" and kampos meaning "sea monster") because the structure resembles the shape of a sea horse. The structure was first described by the anatomist Julius Caesar Aranzi. Because the hippocampus has been known of and observed for centuries, it is one of the most studied areas of the brain.

18 Sources
Verywell Mind uses only high-quality sources, including peer-reviewed studies, to support the facts within our articles. Read our editorial process to learn more about how we fact-check and keep our content accurate, reliable, and trustworthy.
Additional Reading 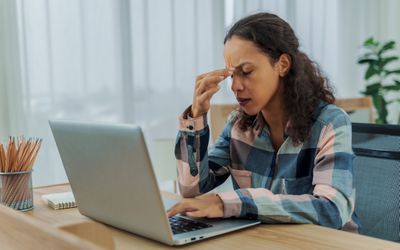 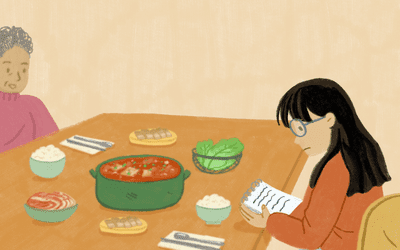 What Is Anterograde Amnesia?