The illusion of choice is a cognitive bias that causes people to believe they have more control over their lives than they actually do.

The illusion of choice is often used in advertising and marketing to make people feel like they are in control of their purchase decisions.

In reality, the illusion of choice is a false sense of control that can lead to suboptimal decision-making.

History of the Illusion of Choice

The illusion of choice is a relatively new concept. The term was first alluded to by American philosopher and psychologist William James in his lecture "The Will to Believe" first published in 1896.

In the essay, James argues that choices can be forced or avoidable, and that "every dilemma based on a complete logical disjunction, with no possibility of not choosing, is an option of this forced kind."

The illusion of choice has since also been alluded to in the field of psychology. In a seminal paper published in 2000, psychologists Sheena Iyengar and Mark Lepper found that people are more likely to purchase products when they are given fewer choices.

Furthermore, the researchers also found that people were more satisfied with their purchases if they had been given fewer choices. This finding has come to be known as the "paradox of choice."

Signs of Problematic Decision-Making Related to the Illusion of Choice

There are a few signs that you may be experiencing problematic decision making related to the illusion of choice:

Types of the Illusion of Choice

There are two main types of the illusion of choice:

Practical Applications of the Illusion of Choice

The illusion of choice is often used in advertising and marketing to make people feel like they are in control of their purchase decisions. The same techniques may be applied in political campaigns to make voters feel more confident in their choice of who to vote for.

In reality, the illusion of choice is a false sense of control that can lead to making decisions based on incomplete information. A famous example of this is the Netflix documentary "The Great Hack." The film explores how the data company Cambridge Analytica used the illusion of choice to manipulate people's opinions during the 2016 U.S. presidential election.

In the film, it is revealed that Cambridge Analytica used data from Facebook to create targeted ads for users based on their profiles. The ads were designed to appeal to people's fears and biases in order to sway their opinions on political candidates.

The illusion of choice can also be used to manipulate people into making decisions. For example, a company may offer a "free trial" that automatically enrolls the customer in a subscription if they do not cancel within the trial period.

The customer may believe they are in control of their decision to subscribe, but in reality, they are being influenced by the actions of the company.

Impact of the Illusion of Choice

The illusion of choice can have a significant impact on people's lives. It can lead to poorer decision-making, as well as feelings of stress and frustration.

The illusion of choice can also be used to manipulate people into making decisions that are not in their best interests. For example, a company may use an email marketing campaign to pressure people into buying a product. The campaign may offer a "limited time only" discount that expires soon, or it may show a countdown timer that creates a sense of urgency.

This may cause a consumer to purchase an item they do not need, or to pay more for an item than they would if they had more time to make a decision.

If you find yourself feeling overwhelmed by choices in your life, there are a few things you can do to help manage these feelings:

Examples of the Illusion of Choice

Let's take a look at some examples of the illusion of choice.

The illusion of choice can be created by a double bind in psychology. A double bind, first described by Bateson in 1956, is when someone receives a contradictory message.

For example, someone may tell you to "be more spontaneous." However, if you choose to be more spontaneous, it's only because you are following an order, which by definition isn't spontaneous. The double bind creates an illusion of choice because it feels as though whatever decision you make is wrong.

The illusion of choice can also be created by a false dichotomy or false dilemma. A false dichotomy is when someone presents two options as if they are the only possibilities when in reality there are other options.

For example, you may be told the familiar phrase "you're either with us or against us." This creates an illusion of choice because it makes it seem like there are only two options when there are really many more.

Illusion of Choice and Capitalism

This can include creating the illusion of choice to make people believe they have more control over their purchase decisions than they actually do.

The illusion of choice is also used to keep people from challenging the status quo. If people believe they have choices, then they are less likely to question the system that gives them those choices.

This creates a false sense of freedom and democracy that ultimately benefits the ruling class at the expense of the working class.

The illusion of choice can be a powerful tool to manipulate and control people. It is important to be aware of your own biases and tendencies when making decisions. Take time to consider all of your options before making a decision. Be aware of the potential risks and costs associated with your choices. Seek out multiple opinions before making a final decision. Finally, trust your intuition and gut feelings when making decisions. If you're having trouble making decisions, it may be helpful to speak to a therapist.

Even Basic Decision-Making Feels Overwhelming in the Pandemic, Study Finds
6 Sources
Verywell Mind uses only high-quality sources, including peer-reviewed studies, to support the facts within our articles. Read our editorial process to learn more about how we fact-check and keep our content accurate, reliable, and trustworthy. 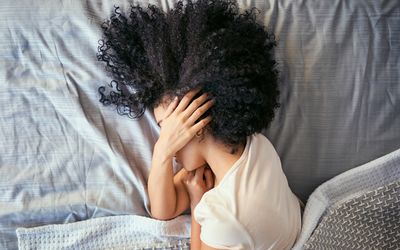 I Don't Trust Myself: Why You Feel This Way and What to Do 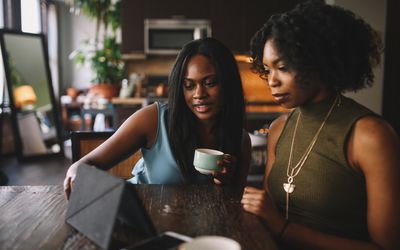 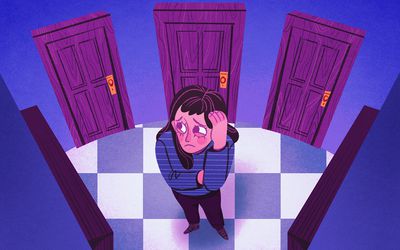 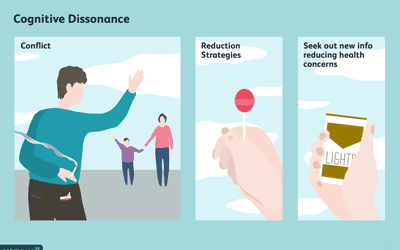