Timeline and How to Cope

There are several reasons you might want to quit caffeine. It could be giving you bothersome side effects, or maybe those specialty coffees from coffee shops are just costing too much. But as soon as you quit caffeine, you may experience uncomfortable caffeine withdrawal symptoms, which include:

If you skip your morning coffee, you might start to feel some of these unpleasant effects just a few hours later. They can range from fairly mild to more severe, depending on your regular caffeine intake.

People who experience these symptoms often grab a caffeinated drink to find some relief. But there are other ways you can cope with caffeine withdrawal symptoms.

Caffeine withdrawal is now recognized as a disorder in the Diagnostic Statistical Manual of Mental Disorders (DSM-5), the manual used by most clinicians for the diagnosis of mental disorders.

What to Know About Caffeine Use

Not sure if you have caffeine withdrawal symptoms? Research has shown that the following are some of the most common symptoms reported by those withdrawing from caffeine.

Headache is one of the most common caffeine withdrawal symptoms. According to the DSM-5, headaches may come on gradually, present with throbbing, and be severe.

Nausea and stomach upset are much more common caffeine withdrawal symptoms than vomiting, but both are recognized as possible symptoms. Nausea is that unpleasant sensation of queasiness or feeling as if you are about to vomit.

Coping With Withdrawal Nausea and Vomiting

Caffeine withdrawal symptoms may include negative mood states (sometimes referred to as dysphoria) ranging from feeling depressed to feeling anxious or irritable. Keep in mind that these feelings are usually temporary and should pass once the withdrawal is over.

This symptom is described in various ways, but all add up to the same thing—your brain doesn't work as efficiently when you are withdrawing from caffeine. Lab tests show that this is more than just a feeling; in one study, caffeine withdrawal was found to be associated with lower mental alertness and poorer performance on reaction time and memory tasks.

Mental fogginess is a rebound effect from the stimulating and performance-enhancing effects of caffeine. Drinking more caffeine will simply perpetuate the cycle. But you don't have to quit cold turkey—you can taper off caffeine.

The sense of being light-headed or dizzy is on the list of caffeine withdrawal symptoms as well. Cutting down gradually rather than abruptly will help, but don't push yourself. Try to take things a little easier while you are cutting back on caffeine, and sit down or lie down if you feel the need.

While fainting is uncommon, pushing yourself while you are feeling light-headed or dizzy increases the risk.

Symptoms of withdrawal usually start within 12 to 24 hours after your last dose, and the entire withdrawal process can last between two and nine days.

Numerous studies have shown that the easiest and most effective way to overcome caffeine withdrawal symptoms is by taking more caffeine. The key is to be careful with how much.

Check out the amount of caffeine in common foods and drinks and make sure you don't increase your caffeine intake beyond the amount you were consuming before, as this will build up your tolerance, potentially feeding your caffeine dependence.

How to Taper Your Caffeine Intake

The advantage of tapering your caffeine intake is that you shouldn't have very noticeable withdrawal symptoms while cutting back, and you can gradually replace your caffeinated foods and drinks with caffeine-free or decaffeinated versions.

Start by keeping a caffeine diary and writing down all the foods and drinks containing caffeine that you consume. Be sure to check the labels of any painkillers or supplements to see if they include caffeine.

Then gradually start to reduce your caffeine intake by 10%, continuing to keep a daily record. There are a few ways of doing this. Some people reduce each caffeinated drink by 10% and dilute it by adding hot or cold water or decaffeinated coffee or tea.

Others find it easier to reduce the actual number of drinks by 10%. For example, if you have five cups of coffee per day, replace one cup with a half cup for the first two weeks. Then, after another two weeks, only drink four whole cups, and so on.

A 2016 study published in the Journal of Psychopharmacology involving 89 adults found that decaffeinated coffee reduced withdrawal symptoms, including cravings, fatigue, lack of alertness, and flu-like feelings, for the participants who were told they were drinking caffeinated coffee. This is known as the placebo effect.

As your caffeine withdrawal symptoms diminish, you might find it helpful to substitute a non-caffeinated drink, such as herbal tea, water, or decaffeinated coffee or tea, for each drink you remove, so you gradually develop a taste for drinks that do not contain caffeine.

If you are using the drink replacement strategy, it is easiest to work backward from the last drink of the day. This will have the bonus effect of helping you sleep better at night.

If you're asking yourself if you should quit caffeine cold turkey, you should know that your symptoms may be more intense if you do. In addition, some over-the-counter medications contain caffeine, so you'll want to be careful that you're not continuing to rely on caffeine if you're using medication for withdrawal symptoms such as headaches.

One important thing to note is that while the Food and Drug Administration (FDA) requires foods containing added caffeine to have it listed on the label, this is not the case for foods that naturally contain caffeine. There is also not a requirement to disclose the amount of caffeine in a food or beverage.

Because of this, it can be difficult to monitor and track your daily caffeine intake. Try to be aware of what products may contain caffeine and always read the labels on any food products or beverages that you consume.

Mood changes typically disappear as you overcome withdrawal. If your negative mood lingers once you are through with caffeine, talk to a doctor about how you are feeling.

Use caution with over-the-counter and prescription medications that contain caffeine. Be sure to check the label, or check with a doctor or pharmacist.

Who Should Avoid or Limit Caffeine

Some people may be more vulnerable to caffeine's negative effects. It's a good idea to speak to a healthcare provider about whether or not you should limit your caffeine intake or forgo it altogether. According to the U.S. National Library of Medicine, this is particularly the case for the following groups:

Caffeine can also make diarrhea, one of the symptoms of irritable bowel syndrome (IBS), worse.

Some medications and supplements can interact with caffeine. Be sure to speak with a healthcare provider about what you're taking and if you should avoid caffeine or adjust your intake.

Caffeine withdrawal usually passes quickly and most symptoms are mild and manageable with self-care and pain relievers. The key to giving up caffeine in the long-term is to be aware of consumables that contain the stimulant and watch your intake carefully.

After you have gone through the withdrawal process, it can be easy to unknowingly start drinking or eating larger doses of caffeine than you intended. Familiarize yourself with foods and drinks that contain caffeine and be aware of medications that may also contain the stimulant.

If you find yourself taking in too much caffeine again in the future, be prepared to deal with the withdrawal symptoms. Start once again tapering your intake to slowly wean yourself off of caffeine or reduce your intake to lower levels.

If you are trying to kick the caffeine habit, there are resources that can help. Try using a mobile app to help you keep track of your daily intake. This sort of tool can give you a better idea of just how much caffeine you are consuming each day as well as when you usually consume the most caffeine. With this information, you can start planning dietary changes that will help you reduce your daily consumption.

Talk to a doctor if you need additional help managing your caffeine withdrawal symptoms. You can also use the American Psychological Association's psychologist locator tool to find mental health professionals in your area who can offer assistance.

While caffeine is widely used, there can be health benefits to reducing or eliminating your daily consumption of this stimulant, particularly if you are experiencing negative side effects. Fortunately, caffeine withdrawal is usually something that you can safely treat with a gradual tapering strategy. 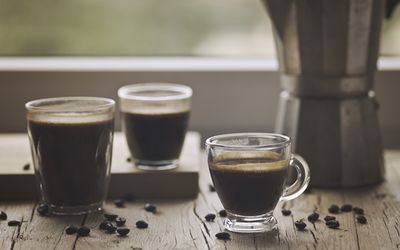 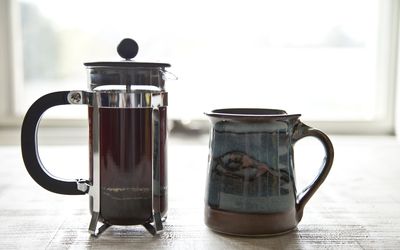 What to Know About Caffeine Use
Caffeine Addiction Symptoms and Withdrawal

What to Expect from Cymbalta Withdrawal
How Long Does Withdrawal From Antidepressants Last?