How Your Career Can Influence Your Brain

Could what you do for a living have an influence on your mental acuity and acumen as you age?

According to the results of one study, careers that involve more mental complexity may help protect your brain from declines in cognitive abilities (such as thinking, reasoning, and remembering) as you age. People with mentally demanding jobs, such as surgeons, lawyers, civil engineers, and graphic designers, may have better memory in old age, the study indicated.﻿﻿﻿

Research has shown there are plenty of things people can do to protect their minds as they age. Things such as getting regular exercise, learning new things, and getting plenty of social interaction have all been linked to better cognitive abilities later on in life.

Recently, research has shown that a more mentally stimulating and engaging lifestyle, including complex career choices, may also be associated with better cognitive outcomes in later life.﻿﻿ The exact mechanisms behind this protective effect are not well understood.

Some suggest that mental stimulation helps build up what is referred to as a "cognitive reserve," which then helps protect the brain from the negative effects of aging and the pathological effects of disease.

Others suggest that the same pre-existing factors that draw people to such mentally engaging activities are the same factors that protect the brain from the ravages of time and the aging process.

According to a study published in the journal Neurology, work that invokes complexity with both people and data is associated with better cognitive functioning at age 70.﻿﻿﻿ These results, the researchers suggest, may point to a protective effect for the brain due to engaging in mentally complex careers.

The participants in the study were a group of 1,066 people who are part of the Lothian Birth Cohort 1936 (LBC1936), a longitudinal study on aging. All of the participants were born in the year 1936 and most took part in the Scottish Mental Survey, an intelligence test given to 11-year-olds in 1947.

The researchers classified careers by their complexity in three different areas:

The researchers then gathered information about the 70-year-old participants’ former occupations and years of education. The participants were also given a battery of cognitive tests that included measures of memory, processing speed, and general cognitive ability (or "g" factor).

The Effect of IQ

This effect became somewhat smaller when the experimenters factored in the participants' IQ scores at age 11, an indicator of how intelligent the volunteers were to begin with. According to the research, early intelligence was the greatest predictor of abilities at age 70, accounting for about 50% of the variance.

"While it is true that people who have higher cognitive abilities are more likely to get more complex jobs, there still seems to be a small advantage gained from those complex jobs for later thinking skills," explained Dr. Allan Gow of The University of Edinburgh and one of the study's co-authors.﻿﻿﻿

The authors noted, however, that their categorization of careers based on complexity was based on national survey data that might not accurately reflect the unique complexity of each individual's occupation. Self-report measures, the researchers suggested, might be a more useful assessment tool.

Some jobs that an outsider might see as having low complexity with people or data may actually involve a great deal of working with others and manipulating information. The study also failed to look at how long people held their former occupations and how the amount of time spent working in a complex occupation might influence future cognitive abilities.

Understanding the factors that impact the aging process is important, especially as researchers strive to discover the factors that influence cognitive decline and disease as people grow older. The jobs people hold make up such a huge part of adult life, so it stands to reason that occupations might play a lasting role in mental health and cognitive abilities.

By gaining a deeper understanding of the role such factors might play, experts will hopefully be able to offer better advice on the prevention of cognitive declines. 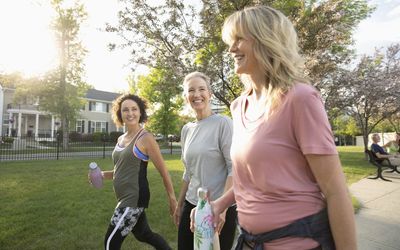 How to Prevent Brain Shrinkage With Age 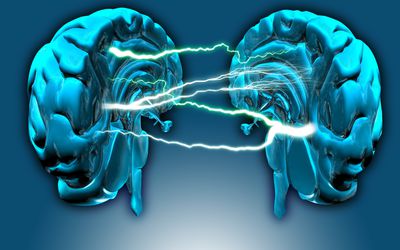