Like many people, you've probably taken your antidepressant late a few times, or even forgotten to take it altogether for a day or two. If you sometimes feel like you have the flu with an upset stomach, achiness, and dizziness when this happens, you may be experiencing what's known as discontinuation syndrome.

Discontinuation syndrome refers to a range of symptoms that can occur if a person suddenly stops taking or changes their dose of an antidepressant medication.

Symptoms of discontinuation syndrome can happen when you significantly lower your dose or suddenly stop taking any type of antidepressant. But, they're more likely to happen with certain antidepressants.

There are several different causes of discontinuation syndrome. Here is an overview of the most common causes for your symptoms.

Suddenly discontinuing or significantly and quickly lowering your dose of any type of antidepressant puts you at risk for discontinuation symptoms.

The most common culprit seems to be immediate-release Effexor (venlafaxine) because it has a half-life as short as three to five hours, and it's also the most likely antidepressant to cause these symptoms when you miss a dose or take it late.

Treatment for discontinuation syndrome may involve restarting the medication and then slowly tapering. In some cases, however, people may be unwilling or unable to restart the medication, particularly if they experienced severe or significant side effects.

Discontinue syndrome is less frequent and severe when taking Prozac (fluoxetine), so your doctor may recommend switching to that drug before you stop taking your medication.

Research also suggests that cognitive behavioral therapy (CBT) can help people cope with feelings of distress they may experience.

If restarting and tapering the medication is not an option, withdrawal symptoms will typically resolve within one to two weeks. The most severe symptoms often begin to improve within one to three days. During this time, supportive self-care can help people manage symptoms until they recover.

So how can you prevent discontinuation symptoms from happening? First, if you do miss a dose of your antidepressant, go ahead and take it as soon as you remember, unless it's close to time for your next dose. In that case, don't double up; just skip the missed dose and take your next dose as usual.

Here are some other ways to prevent discontinuation syndrome.

One good way to make sure you take your medicine at the right time is to set alarms in your calendar or clock on your smartphone or computer.

If you're not a techie, consider using an old-fashioned alarm clock, writing yourself notes, leaving your medicine out where you can see it, setting an alarm on your watch, and/or getting a pill box for each day of the week.

If you're finding taking your medication on time difficult to manage, consider asking your doctor about trying a different antidepressant with a longer half-life or an extended-release formula so you don't have to take it as often.

For instance, Prozac (fluoxetine) has a half-life of four to six days, so it takes longer to completely clear out of your body than other antidepressants. This means that the likelihood of having discontinuation symptoms if you miss a dose is pretty low.

Talk to Your Doctor Before Stopping

If you ever need to stop taking your antidepressant altogether, you should always consult with your doctor first.

Don't ever stop your antidepressant without your doctor's knowledge.

Depending on what you're taking, how long you've been taking it, and the dosage, they can help you avoid discontinuation syndrome by creating a plan to gradually and slowly taper you off your medication if needed.﻿﻿

Antidepressants are rarely habit forming and don't create the cravings, euphoric effects, tolerance, or drug-seeking behavior that are all seen with drugs of abuse.﻿﻿ Another difference is that symptoms of discontinuation syndrome are generally milder and last for less time than symptoms of illicit drug withdrawal.

Rest assured that if you do experience these symptoms, they generally tend to be mild, usually go away within one to two weeks, and are easily treatable if they do become moderate or severe.﻿﻿ Stay in close contact with your doctor if you're discontinuing your antidepressant so he or she can minimize any discontinuation symptoms you may have. 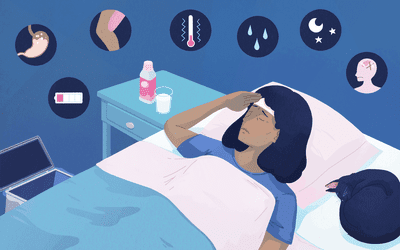 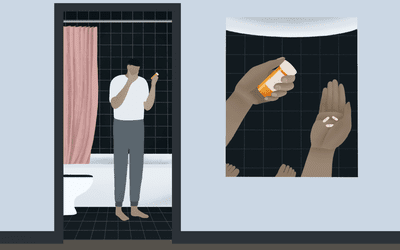 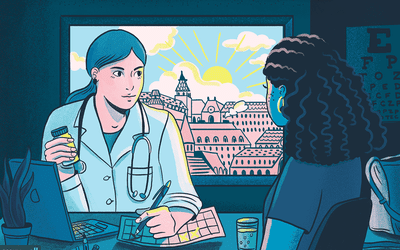